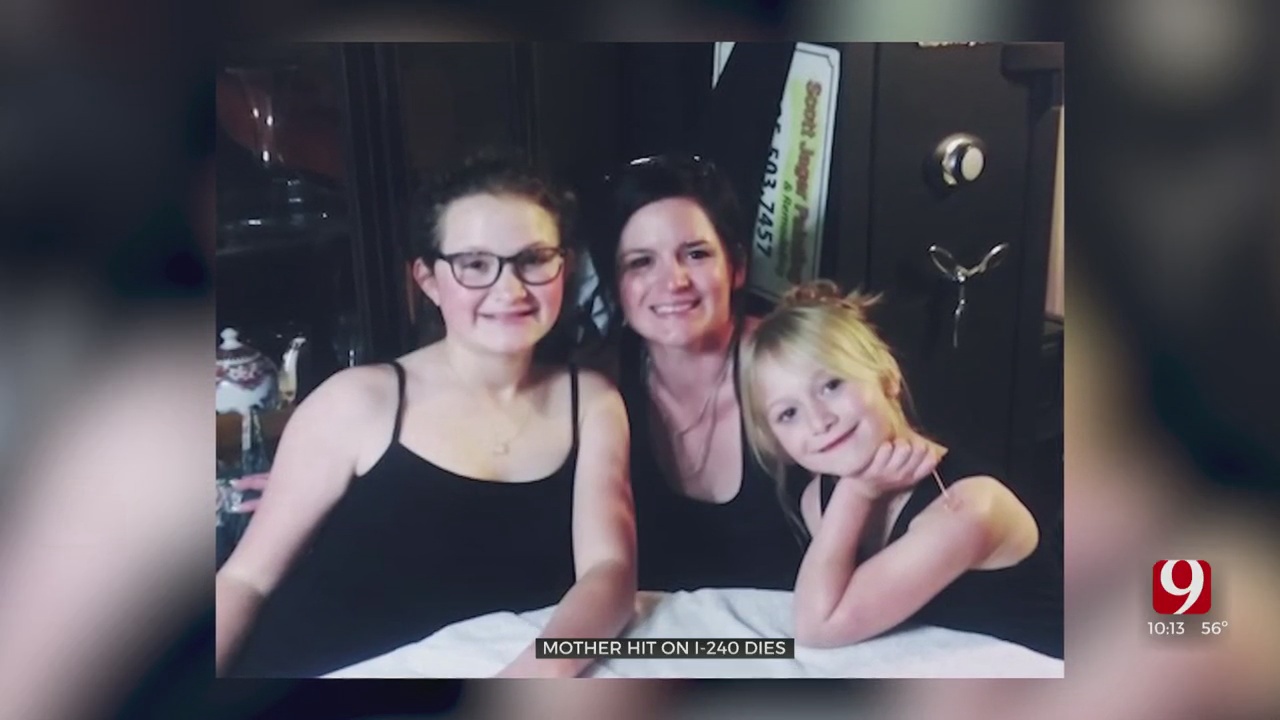 A woman has died after being hit by a car on the Bryant St. ramp on Interstate 240.

Oklahoma Highway Patrol responded to the area after receiving a call that a female had stepped into traffic and had been hit.

Asheal Jager, 29, was immediately taken to the hospital.

“At first I couldn’t believe it,” said Michael Jager, Ashlea’s brother. “It took me a while to realize that she was gone. She wasn’t coming back.”

Jager said Ashlea was walking along the side of the road after getting into an argument with an auto repair shop.

Brain swelling, among other injures, left family to make one of the toughest decisions of their lives.

“They (doctors) said we can keep her alive on oxygen,” said Jager. “That is not how she wanted to live. She told me a long time ago she never wanted to live like that. We had to make the choice; you know. That was a very hard choice.”

Jager said Ashlea was a proud mother of her 13-year-old daughter Gracie, making coping that much worse.

The driver involved stayed at the scene of the crash.

Family hopes this serves as a reminder for drivers to pay extra attention.

“You can very easily take someone’s life like this,” said Jager. “It took my sisters life, just like that. Blink of an eye. It’s over, she’s gone. We don’t get her back.”

A GoFundMe page has been created to help with Ashlea’s daughter’s college fund.