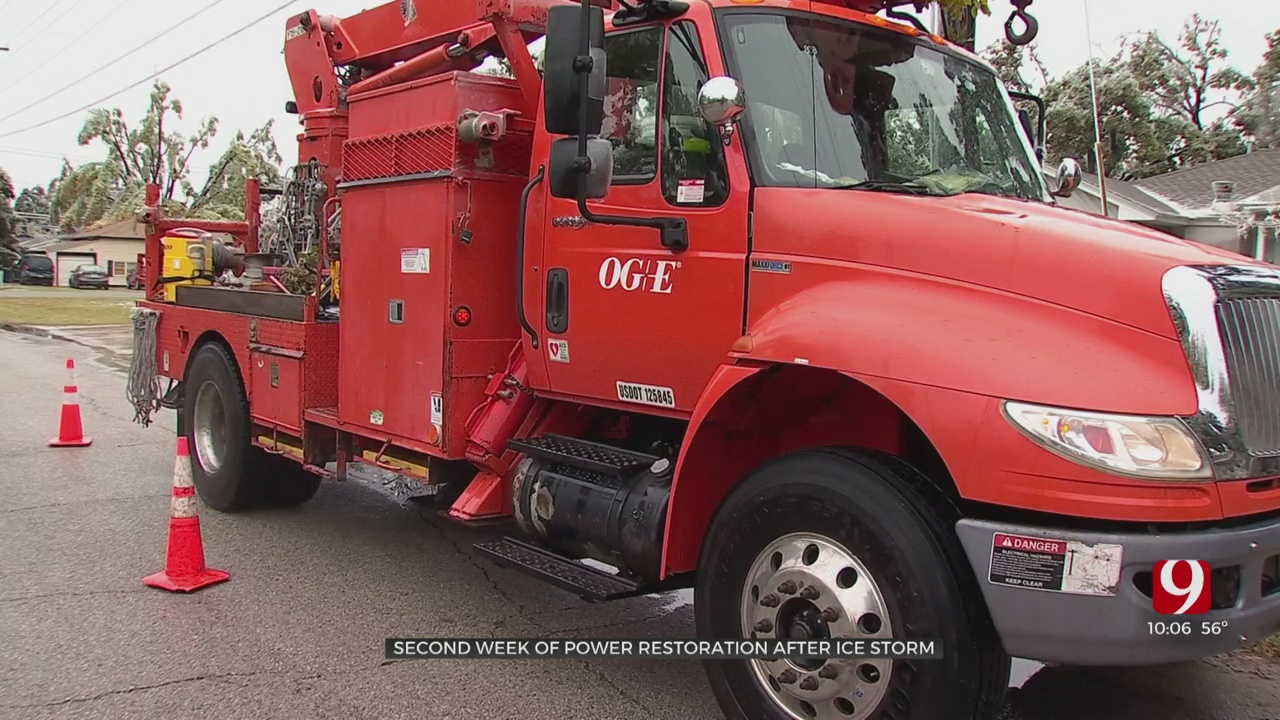 With thousands of Oklahomans still in the dark OG&E hopes to have all power restored by Friday.

“I did expect two to three days, but I didn’t expect to be coming up on seven days,” said Oklahoma City resident Josh Waggoner.

Both Prichett and Waggoner live in northwest Oklahoma City.

Despite being without power up until Tuesday morning Prichett managed to ride it out in his house.

“I actually made preparations, turned the heat up to 82, so it will keep your house warm at least two days,” said Prichett.

With a family, Waggoner said it hasn't been so easy.

“Eating out, going to friend's houses. We're just kind of taking it one day at a time,” said Waggoner.

He said the uncertainty only compounds frustration.

“We understand there are people working hard for this, but when we're on this side of this and we don’t really know how much longer it's going to take, it does make it hard,” said Waggoner.

Customers like Waggoner got alerts letting them know power would be restored by Friday then later learned it could be even sooner.

“With the complex nature of these outages it becomes challenging to pinpoint very specific meters and when they’ll be on,” said OG&E incident commander Dallas Rowley.

With outages peaking at around 450,000 OG&E said 3,500 crew members were out in full force working around the clock.

“They want the lights on just as bad as the customers. Many of our linemen are also without power,” said Rowley.

“We are out there working day and night to get the lights back on and it's complicated, it is a machine, and it will take a little bit of time,” said Rowley.