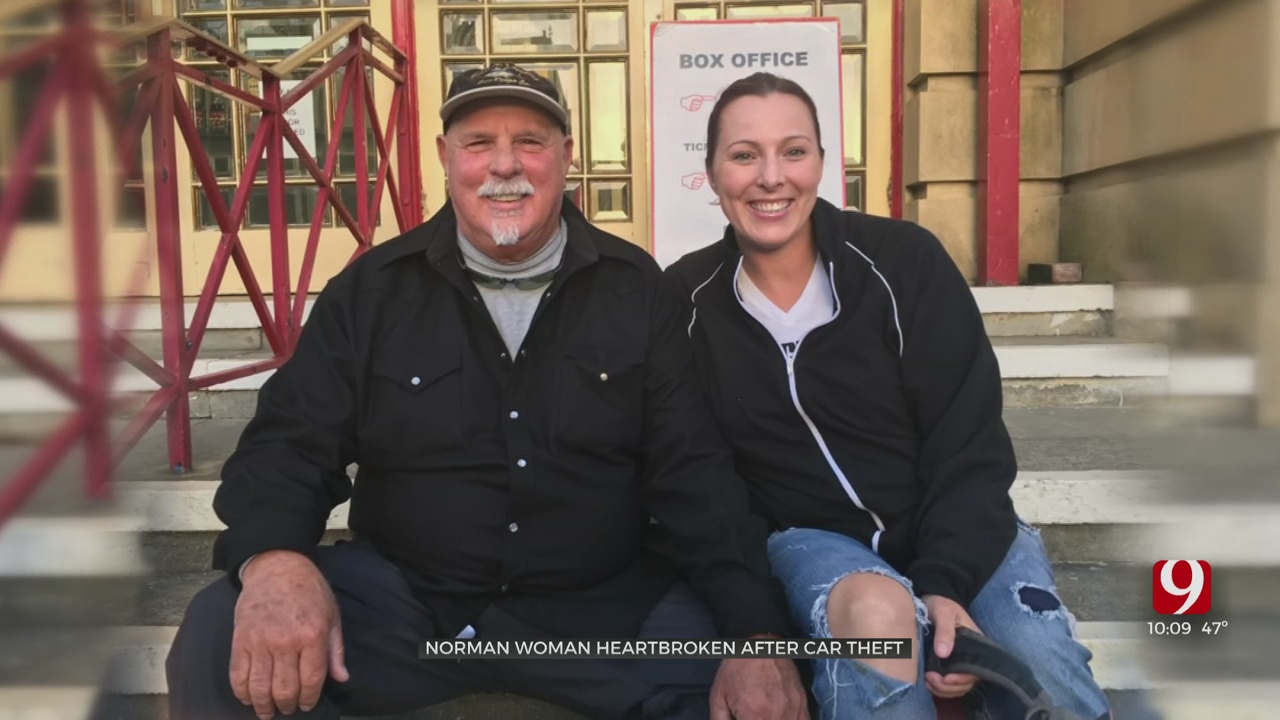 Last Thursday morning, Julia Robinson said she woke up and her Lexus was nowhere in sight.

“I was in disbelief I just never thought someone would steal my car,” said Robinson.

She said her neighbor’s surveillance camera was able to capture the car being driven out of the neighborhood, but after that she thought she’d never see the car again. That was until the Norman Police Department called her earlier this week.

“They called to let me know that my car had been impounded between Noble and Norman,” said Robinson.

When she was able to finally pick her car up it was dinged, damaged and trashed.

“There was a lot of stuff left in my car,” said Robinson. “There was property that had been stolen from other people, crack pipes and various strange objects.”

But the one thing she hoped would be inside wasn’t, her father’s ashes.

“I always kept his ashes with me for the last almost three years,” said Robinson. “I have been taking them all around the world and if I was somewhere beautiful, I would scatter some ashes.”

She kept them in a necklace, her dad passed nearly three years ago.

“The car can be replaced but I hate thinking that my dad’s ashes could be left on the side of the road or thrown in a trash can,” said Robinson.

The Norman Police Department has not made any arrests in the case.