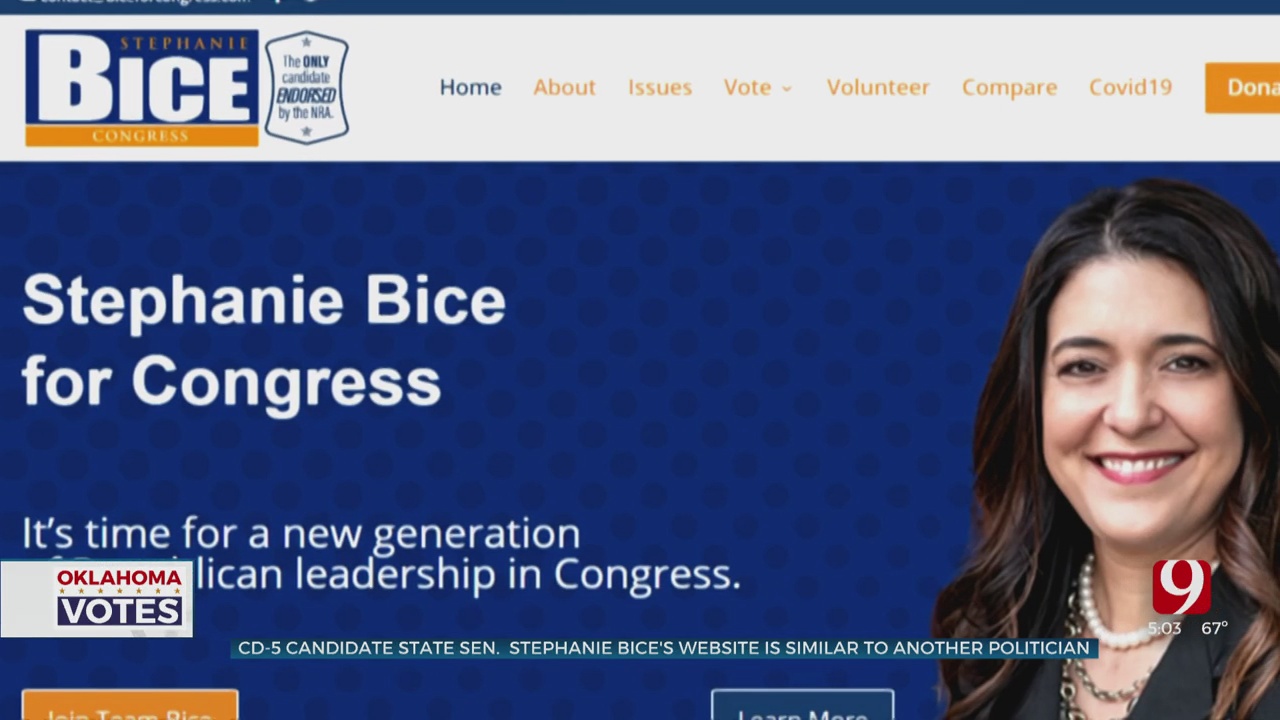 Some similarities appear in language describing the issues both candidates care about.

The most parallels occur in the healthcare plan sections of the two websites.

“Stephanie will work to ensure families have the power and control to make decisions about their own healthcare,” Bice’s website said.

Hinson’s website said, “Ashley will work to make sure families have the power to make decisions about their healthcare.”

A spokesperson for Stephanie Bice's campaign said both Bice and Hinson are Republicans, and therefore, have similar information and agendas.

"Republicans have a shared agenda of our economy, providing good healthcare, and making sure Americans have good-paying jobs, just as Kendra Horn shares an agenda with Nancy Pelosi with whom she votes 90 percent of the time. Stephanie Bice will take her Oklahoma accomplishments with her to Congress, like investing in education, creating jobs and real criminal justice reform."

Congresswoman Kendra Horn said the ideas on her website are her own and that views on healthcare are a major difference in this election.

“I think that if someone is seeking to represent you in Congress, they should have ideas and solutions and proposals that is theirs and that they're doing their part to represent Oklahomans,” Horn said.

“I'm proud of the issues-based campaign that we've run and I think healthcare is central for people day in and day out in Oklahoma and they deserve to know what our plans are,” Horn said.