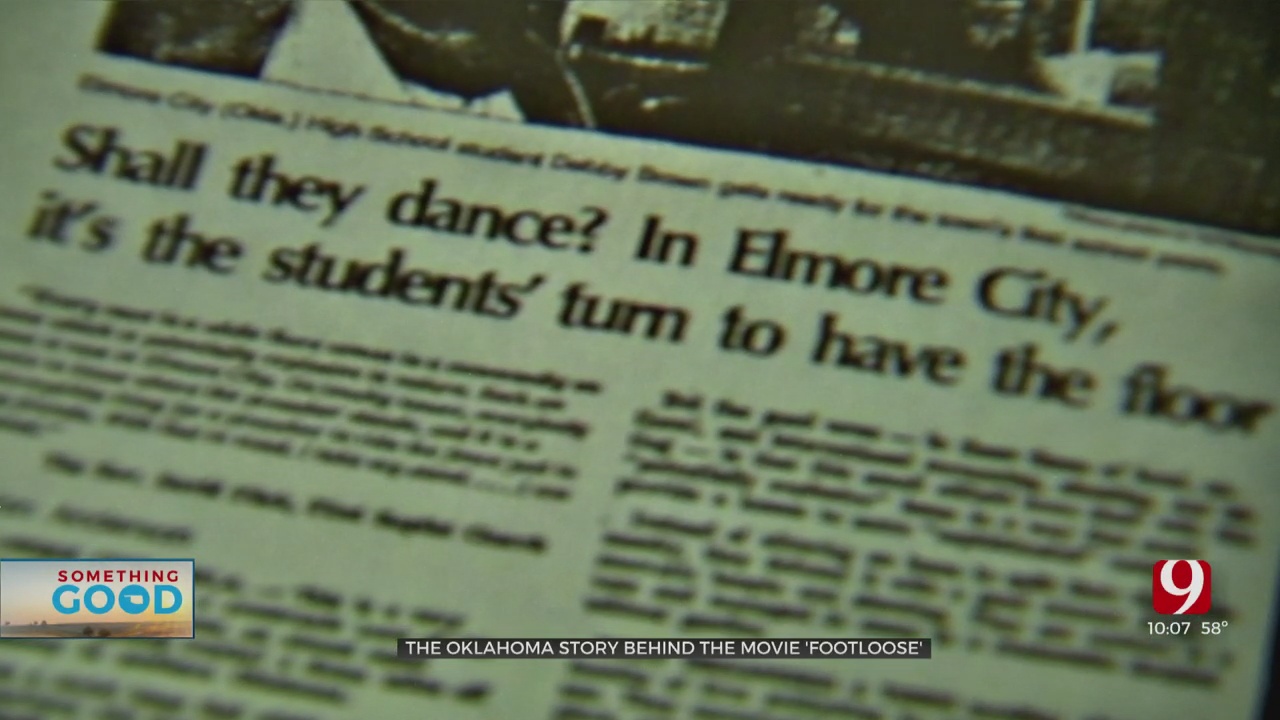 It's been forty years since a group of Elmore City students fought and won the right to dance at their prom.

“I can remember it was really hard to dance. There were so many cameras and TV Cameras,” recalled Leonard Coffee.

The celebration of a hard-fought battle.

“There was a law against it in Elmore City,” said Coffee.

“The first dance nobody knew how to dance,” said Mary Ann Temple.

“At the time I had no idea there was no dancing in Elmore City,” said Coffee.

Coffee, who now works for the Rural Electric Cooperative in nearby Lindsey, was Mary Anne Temple's boyfriend back then. The Ariel Character was based on Mary Ann. Although Leonard maintains Ren was actually a combination of him and class president Rex Kennedy.

“Instead of Rex and Leonard it was Ren and Willard,” said Coffee.

It was Leonard who wanted to dance.

“I was like wait a minute, this is a prom we’re supposed to dance,” said Leonard.

“He did a wonderful job of leading our group in pursuit of getting this to happen,” said Leonard.

But that fight would divide and eventually define the small southern Oklahoma town.

“Every church, every church preached against it on Sunday morning,” said Mary Ann.

But in a plot twist, Raymond Temple, Mary Ann's Dad was actually the president of the school board and an ally of his daughter and their friends.

“Dad was honestly the brains behind it all,” said Mary Ann.

But because the topic was so contentious in the community, he didn't give the movie the rights to his story and hasn't talked much about it publicly about it until now.

“My motive was to keep those kids off that mountain,” said Raymond Temple.

The Temple Ranch outside of town overlooks a mountain where kids would go to drink and party on prom night because dancing was illegal.

“Lots of liquor involved, lots of adults were with them,” said Leonard. “Hundreds of people would go up there and that was their prom night, and my motive was to stop that.”

His home was also a popular hangout for Mary Ann and her classmates.

“We would always just sit here and brainstorm about strategically how we get a yes vote,” said Mary Ann referring to the family’s dining room table.

The decision to let the kids dance was up to the Elmore City School Board.

“We had to get at least two to agree to it and then Raymond cast the deciding vote as president,” explained Leonard.

“I said let ‘em dance,’ recalled Leonard. “They hollered and they screamed, there were hundreds I mean hundreds of people out there.”

The real Footloose prom was actually on school property in a cafeteria the school still uses today.

“We want one night, we want one day where these kids can be together, they can have fun and they can all be alive the next morning,” said Mary Ann.

Four decades later, Elmore City still celebrates that decision with what else, an annual street dance sponsored by the chamber of commerce and the Footloose Festival.

But for that Elmore City junior class they believe there's a reason the story of their 1980 prom remains a timeless classic.

“Gives everybody a little bit of hope, if these kids can change something maybe I can too someday,” said Leonard.

From McAlester To The Magic Kingdom: A Legendary Artist’s Ongoing Legacy