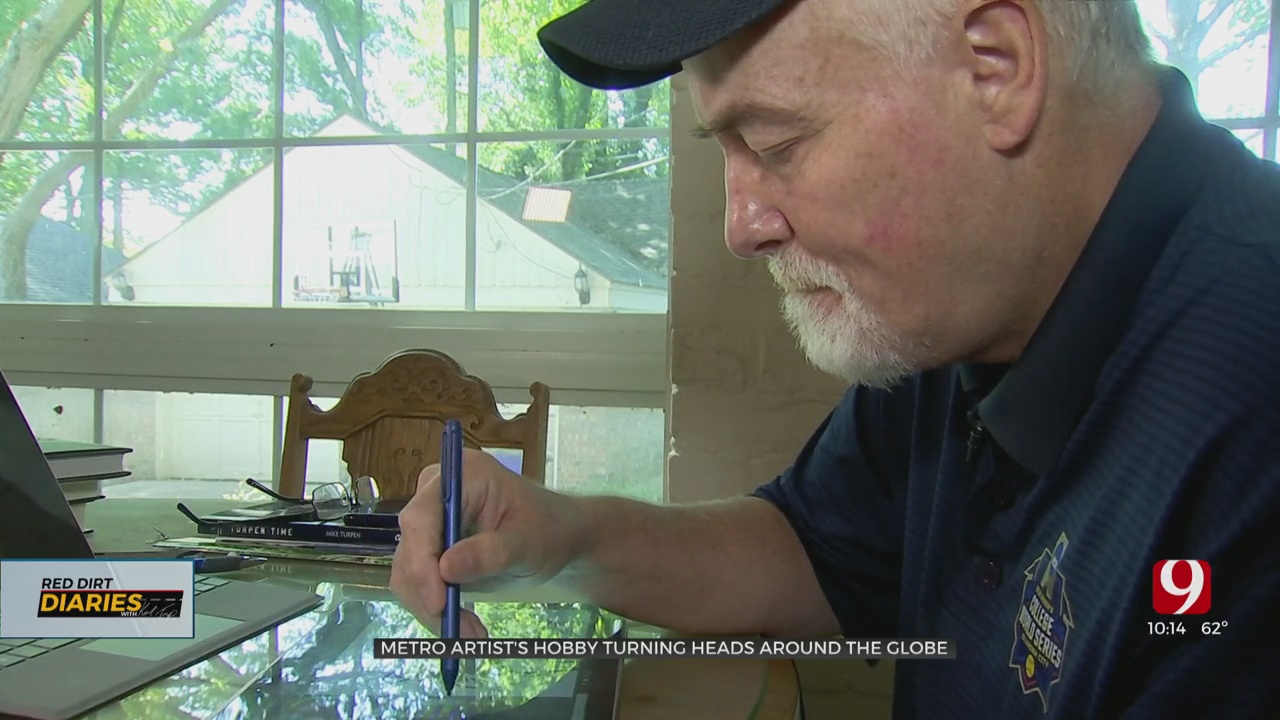 A metro man’s hobby is turning heads around the globe.

“Any reason to make somebody laugh I would leap at and to do it from cartoons, all the better,” said Hill about his motivation during his younger days.

Software allows Hill to draw using his iPad, but he used to put pen to paper as a cartoonist for newspapers across the country.

“That was a serious deadline when you had a plane taking off to get your cartoon to Kansas City,” added Hill.

These days Hill serves as the OKC Mayor’s Chief of Staff and his “Sportstoons” are shared on social media.

“It’s just a labor of love at this point,” said Hill.

Hill draws many Thunder players and a mix of musicians and entertainers. Many of which have liked and retweeted his work.

Now Hill’s cleverness provides calm during his fight with cancer.

“It was stage three when they caught it, so it had spread a little beyond the mass that was there,” said Hill.

“It’s easy to fall into a depression. If I’m sitting there trying to be funny, everything else kind of fades away,” he said.

The headline of the news story read “A witty caricature of Joel Kiviranta…spreading around the world,”

Meanwhile, Hill just underwent successful cancer surgery and got to enjoy the Star’s game 1 win in the Western Conference Finals from his hospital bed.

“The support and kindness that I got from co-workers, friends and family, its humbles you,” said Hill.