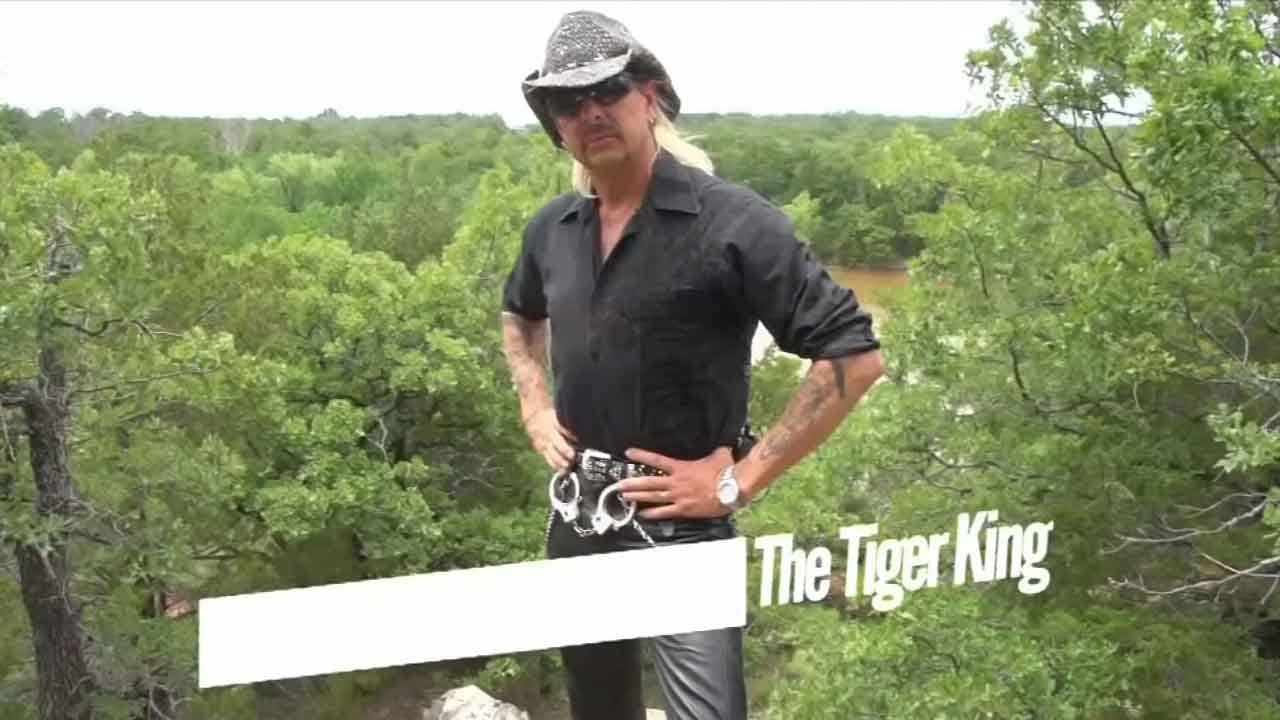 Joseph Maldonado-Passage, better known as Joe Exotic or the "Tiger King," has submitted an application for a pardon to the Trump administration, to be hand-delivered to the White House Thursday.

In asking for clemency, he submitted a handwritten letter where he calls President Trump his hero and invoked Mr. Trump's criticism of federal investigators.

"I have seen what they do to you," he writes to the president. He wrote that he had voted for Mr. Trump in 2016, the same year he briefly ran for president.

The Netflix star's legal argument for a pardon is that he was "just some gay, gun-toting redneck in Oklahoma" before his recent "Tiger King" fame, and that he did not get a fair trial.

"My parents and my life and everything we ever worked for was stolen by criminals who got everything," the letter says.

Maldonado-Passage is also asking that the typical five-year wait time for a presidential pardon be waived for his case, beseeching the president to "listen to the millions who see the truth" and "your own son Donald Jr."

Maldonado-Passage is serving a 22-year federal prison sentence in Fort Worth for his role in a murder-for-hire plot to try to kill Florida wildlife sanctuary owner Carole Baskin. The bitter rivalry between Maldonado-Passage, a former big cat zoo owner in Oklahoma, and Baskin was the subject of the hit Netflix documentary series "Tiger King: Murder, Mayhem and Madness."

The president has previously said he would "look into" a pardon for the reality TV star, and Donald Trump Jr. says his father has asked him what's happening with the case.

Baskin tried to shut Maldonado-Passage's zoo down for allegedly abusing animals and selling tiger cubs, while he, in turn repeatedly accused Baskin of killing her first husband, Don Lewis, who mysteriously disappeared in 1997. Maldonado-Passage claimed that Baskin had fed Lewis to their tigers. Baskin has emphatically denied that she had anything to do with Lewis' disappearance. But the ex-wife of a former employee of Baskin and Lewis has just come forward to allege that her ex-husband may have been involved in Lewis' murder. She told her story to "48 Hours" correspondent Richard Schlesinger, whose report, will air on a special "48 Hours" on Wednesday at 10/9c on CBS.

Mr. Trump's pattern of granting clemency to celebrities and those with celebrity advocates has prompted questions about the pardon process in his administration.

In 2018, after a meeting with Kim Kardashian, Mr. Trump commuted the sentence of Alice Johnson, who was serving a life sentence for her nonviolent involvement in a cocaine trafficking operation. Johnson spoke at the Republican convention last month, and later, Mr. Trump issued her a full pardon.

Two years later, he commuted the sentence of former Illinois Governor Rod Blagojevich, who was serving a 14-year sentence for corruption charges related to his attempt to sell the Senate seat of President Obama. The disgraced governor was also a former "Celebrity Apprentice" contestant.