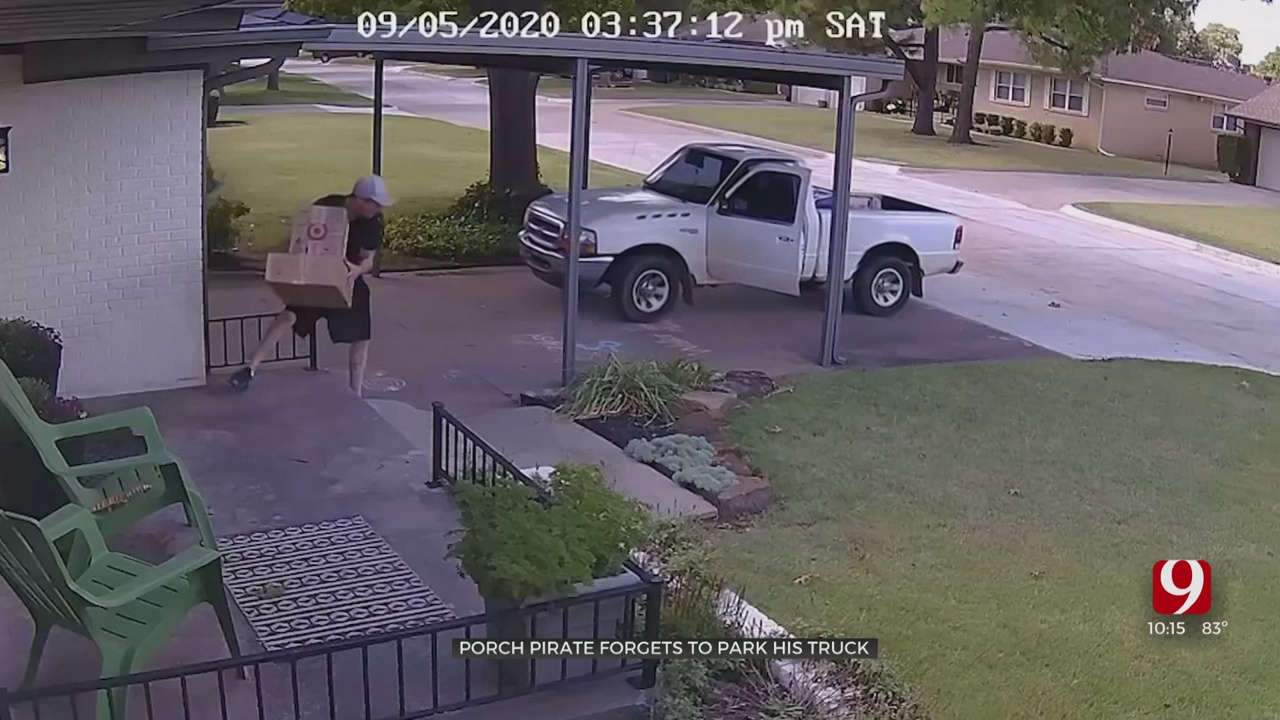 A northwest Oklahoma City porch pirate gets instant karma while stealing packages from the porch of a metro home.

Jon McDown’s security cameras were rolling Saturday afternoon around 3 p.m. when a man in a white truck pulled into their driveway.

The suspect is moving so fast, he forgets to park the vehicle when getting out. When he does, the truck immediately begins to roll backwards.

“It’s a little gratifying watching stupidity catch up with him,” said McDown. “There is piece of me that really enjoyed watching that.”

The suspect had no idea the truck was rolling backwards until after he picked up the packages delivered on the front porch. He throws the packages into the truck bed and jumps into the driver seat to gain control.

“We were more entertained than anything watching the truck roll down the driveway and him scramble to keep it from hitting the curb or something else, the comedy made it worth it,” said McDown.

McDown said his wife received a push notification on her cell phone that a delivery was made. She reviewed the camera footage after noticing the packages were not on the front porch.

The family believes there was a method to the thief’s madness.

“We filed a police report and the officers came and one thing they mentioned is they’ll see these porch pirates stalking amazon trucks or delivery trucks and with how close it was to the delivery, we think that may have been the case,” said McDown.

Only a baby sleep sack, toilet paper and paper towels were stolen which all totaled under $50. It’s $50 the McDown family said is worth the entertainment.

“It’s hard to presume but for someone that does it that fast it’s hard to think that that was their first time,” said McDown.

Nobody was hurt in the incident.

The suspect has a very distinct tattoo on his left leg shaped like a star.

Man Accused Of Killing Toddler At Enid Motel Due In Court

Oklahoma Correctional Officer Killed, ‘Attacked From Behind’ At Holdenville Facility