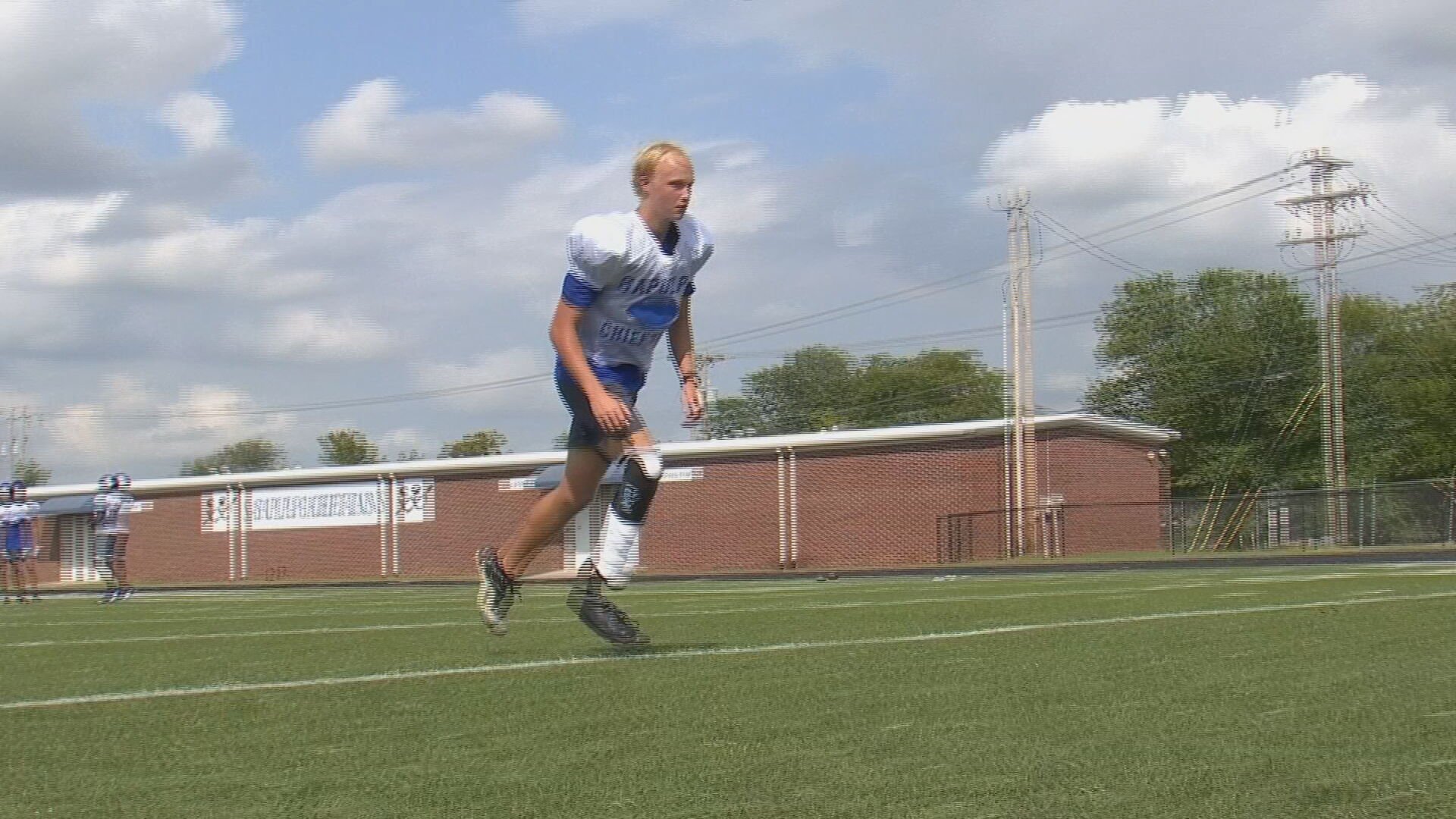 Kickers can be somewhat invisible on a football team, but one Sapulpa Chieftan is changing that every time he steps on the field.

Chase Carr is a kicker, and even has a shirt that says ‘kickers are people too.’

“I’ve always loved kicking, I went out in my front yard and just kicked all the time whenever we played backyard football,” Carr said.

However, Carr isn’t your normal kicker.

“I tell people that I’m a kicker and they ask, great, which leg do you kick with and I’m like the prosthetic, and they’re like what, I’m confused,” Carr said.

Chase was born with fibular hemimelia and his right leg was several inches shorter than his left. It was amputated when he was 4, but that didn’t keep him from the gridiron.

When he first went out, he said his coaches may have been confused, but were supportive.

“I really didn’t think anything of it,” Sapulpa Head Coach Robert Borgstadt said. “Kid said he wants to kick, wants to come out for football, come on.”

Chase constantly works on his craft, but it wasn’t until his junior year that he found a style that really clicked with him. He went back into the archives and studied an NFL record-setter from half a century ago: Tom Dempsey.

Like Dempsey, Carr is a straight-on kicker, meaning he approaches from directly behind the ball.

“He’s a perfect example of no excuses, go to work and do the things you need to do,” Borgstadt said. “If he misses something, he’s not blaming it on his leg.”

For his senior year, Carr has one goal.