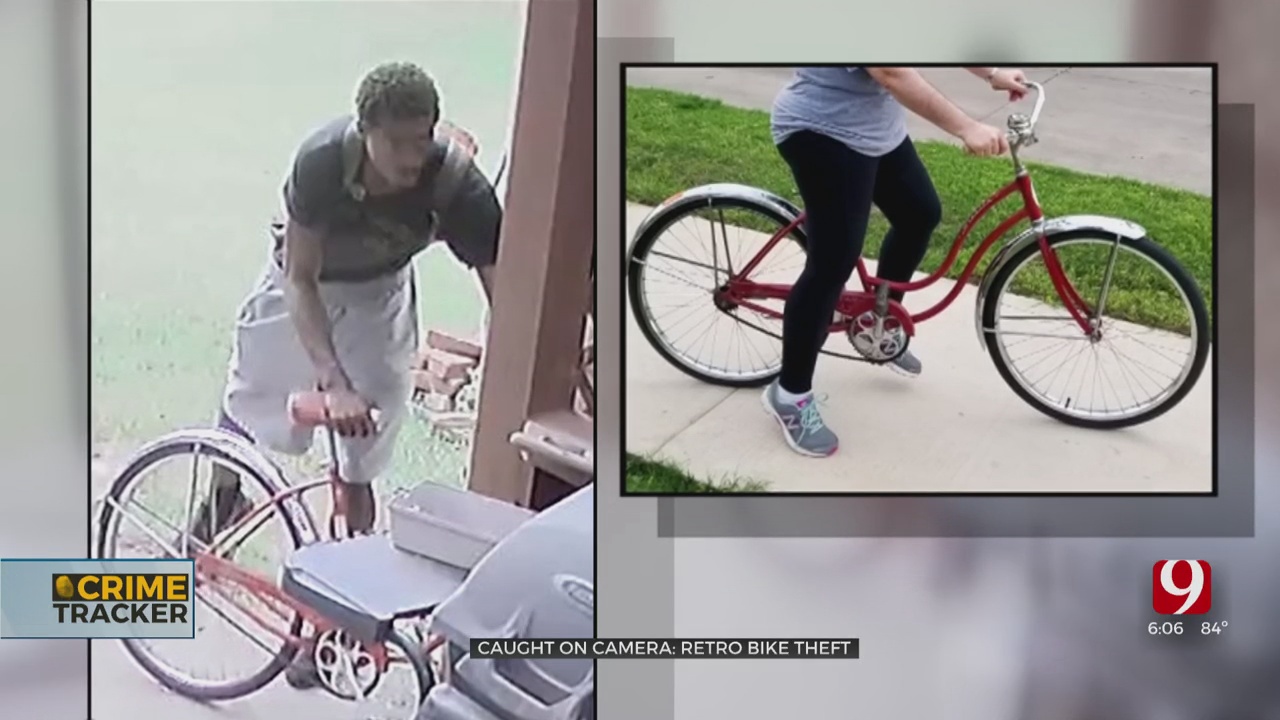 “I have such faith in in people. I just don't know how people do bad things,” victim, Tricia Naifeh-Parker said.

What the suspect probably didn’t know is the bicycle is a precious companion and has been a constant in Naifeh-Parker’s life.

“I got this bike for my 11th birthday back in 1963. I know that sounds like a really long time ago. Why it means so much to me is because it was the last gift that my daddy gave me, and he died two weeks later,” Naifeh-Parker said.

Since then, Naifeh-Parker has never been without her Schwinn American. It has most recently been her main source of exercise during the pandemic.

The woman was headed out for her daily ride Sunday, when she realized the bike was taken from her back porch near 23rd Street and Meridian.

“I did call the police. They came out and did a report on it,” Naifeh-Parker said.

Police have released the surveillance footage of the crime.

“We're asking for the public's help, not only identifying the suspect who took the bike, but also asking the public to keep an eye out for this bike. So, if you see it please give us a call through 911,” Oklahoma City Police Sgt. Megan Morgan said.

The bicycle is a red, classic Schwinn.

“It's got silver fenders on it and a little bell, that in the morning, if anybody was out walking, walking the dogs, riding their bikes, running, I always rang my bell,” Naifeh-Parker said.