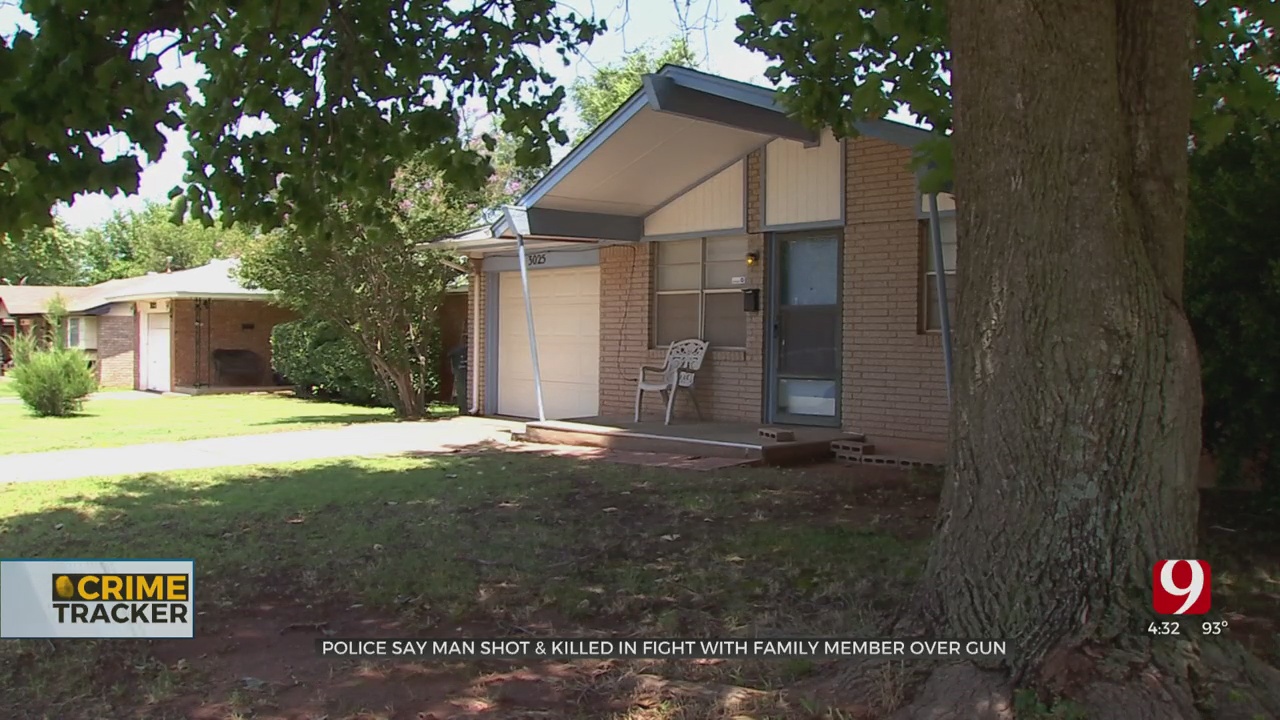 A struggle over a gun on Monday killed a southeast Oklahoma City man. Police said it is being investigated as a possible accidental shooting involving Deontay Andrews, 39, and his wife.

Police said the victim's wife was interviewed by investigators and released.

Neighbors were in disbelief Andrews is gone.

“It’s always peaceful,” said Jasmine Lynch, neighbor. “Quiet over there. So, you never think anything would happen over there.”

In the short time Lynch has lived next door to Andrews and his wife, she never noticed tension between the couple.

Lynch woke up to police cars and crime tape surrounding the couple's home near Southeast 59th Street and Bryant Avenue. She said she never heard arguing or the gunshot.

Police said the shooting happened inside the home after a struggle over the gun.

“He had been in some sort of argument or altercation with someone and went home,” said MSgt. Gary Knight, Oklahoma City Police Department. “He apparently was retrieving a handgun when he became involved with a struggle with someone else in the home, a family member.”

Andrews was taken to a local hospital where he died.

Police will turn the investigation over to the Oklahoma County District Attorney's office to decide if charges will be filed.

While police continue the investigation. Lynch said she will miss seeing her neighbor sitting on his front porch.

“He would talk about the kids,” said Lynch. “He loved kids. He would always have kids around here playing and stuff like that.”

Police ask the public to call the homicide tip line if they have any information that could help the investigation.