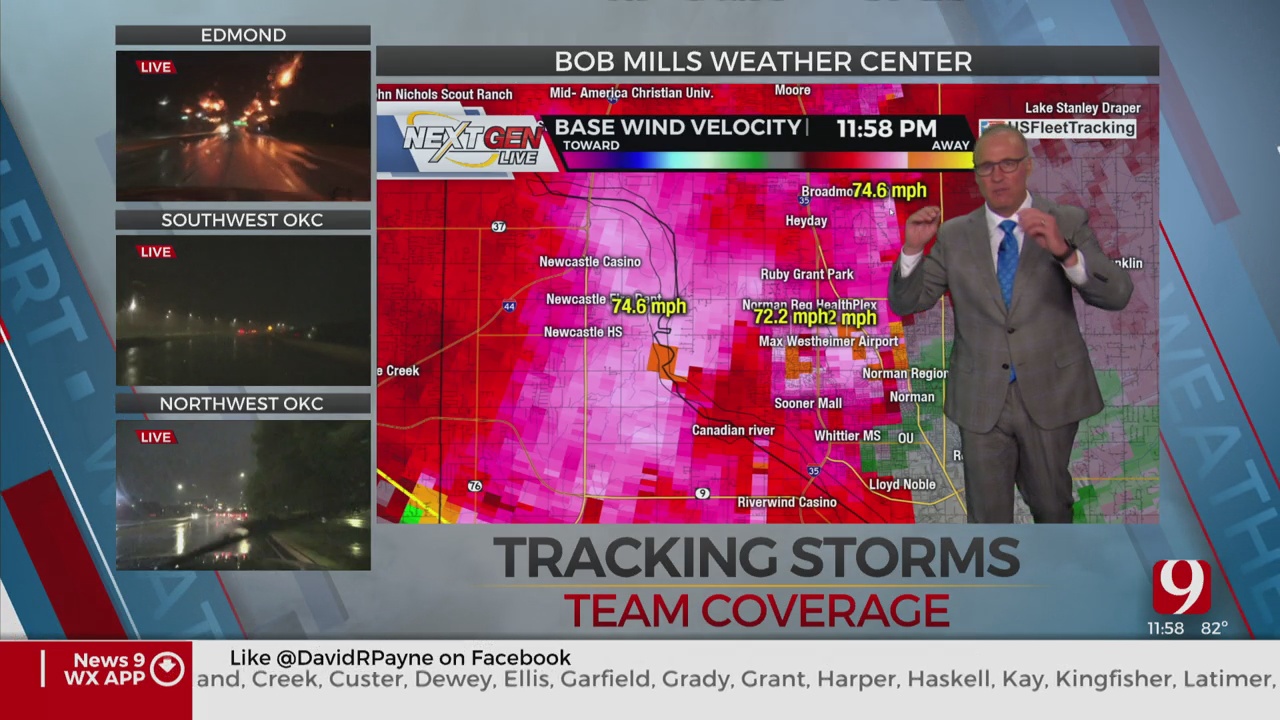 Payne said that the winds swept in from the west and caused tree damage in Norman.

News 9's NextGen Live radar reported base wind velocities reached between 60 and 80 miles per hour scattered across the metro.

Notably, portions of Newcastle and Norman reported between 83 and 86 mile per hour winds.