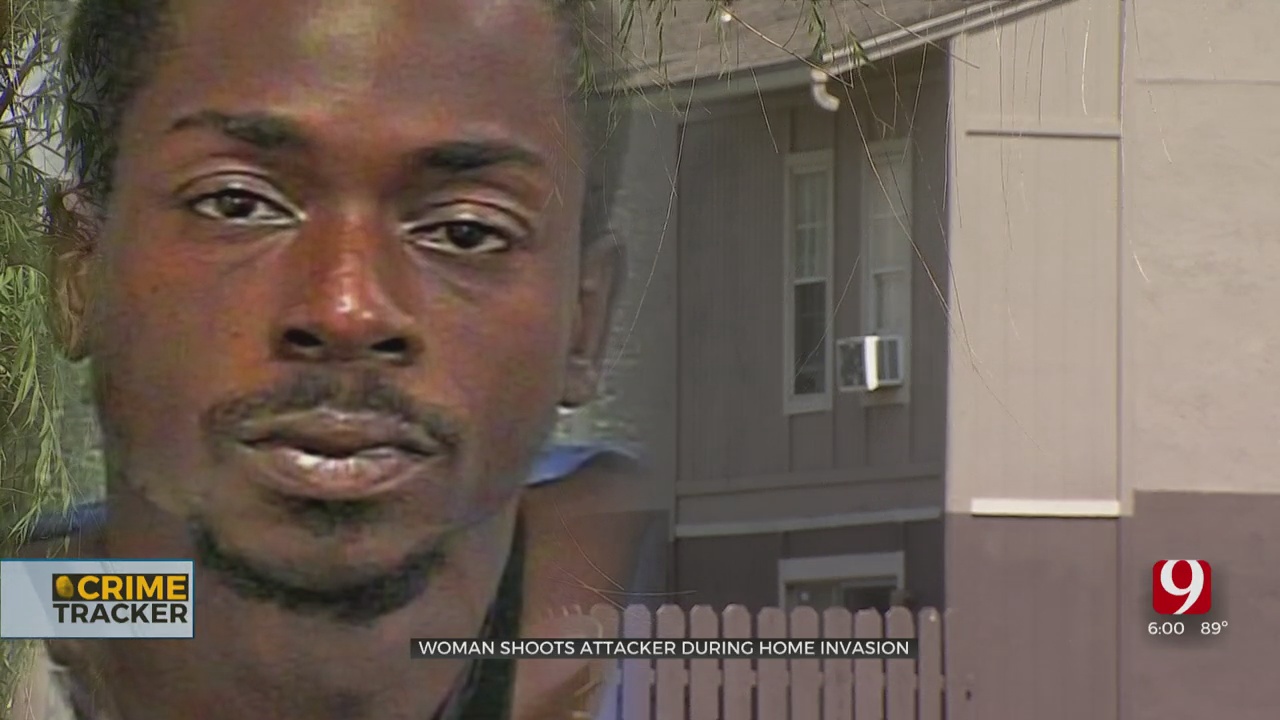 A pregnant metro woman defended herself last week when an intruder forced his way into her northwest Oklahoma City apartment.

The woman shot McNeary at least once in the shoulder. The victim told police the intruder took her gun and ran. Officers and a K9 found McNeary but said they never found the weapon.

A neighbor called 911 after hearing gunshots.

Caller: “There’s been gunshots in the hallway of our apartment complex and a woman was out there screaming.”

Police thought they were responding to a disturbance call at the apartments but when officers arrived on scene, they learned it was a home invasion and a shooting.

A terrified pregnant woman told police how she came face-to-face with the intruder.

“A female could hear someone outside her door,” Oklahoma City Police Department MSgt. Gary Knight said. “The person knocked and then was whispering on the other side of the door. When she opened to check and see who it was, the person was walking away. She told him to leave or she was going to call police.”

Police said McNeary never left. He was still on the other side of the door and forced his way into the woman's apartment.

Caller: “Yes somebody, somebody just broke into my apartment and they…”

The woman shot McNeary at least once in his shoulder. She told police he grabbed her gun and took off with it.

Caller: “Please send somebody right now, he has a gun.”

A resident in another nearby apartment complex called police after McNeary approached her, bleeding.

McNeary was taken to the hospital to be treated and then was booked into the Oklahoma County Detention Center for burglary and robbery.