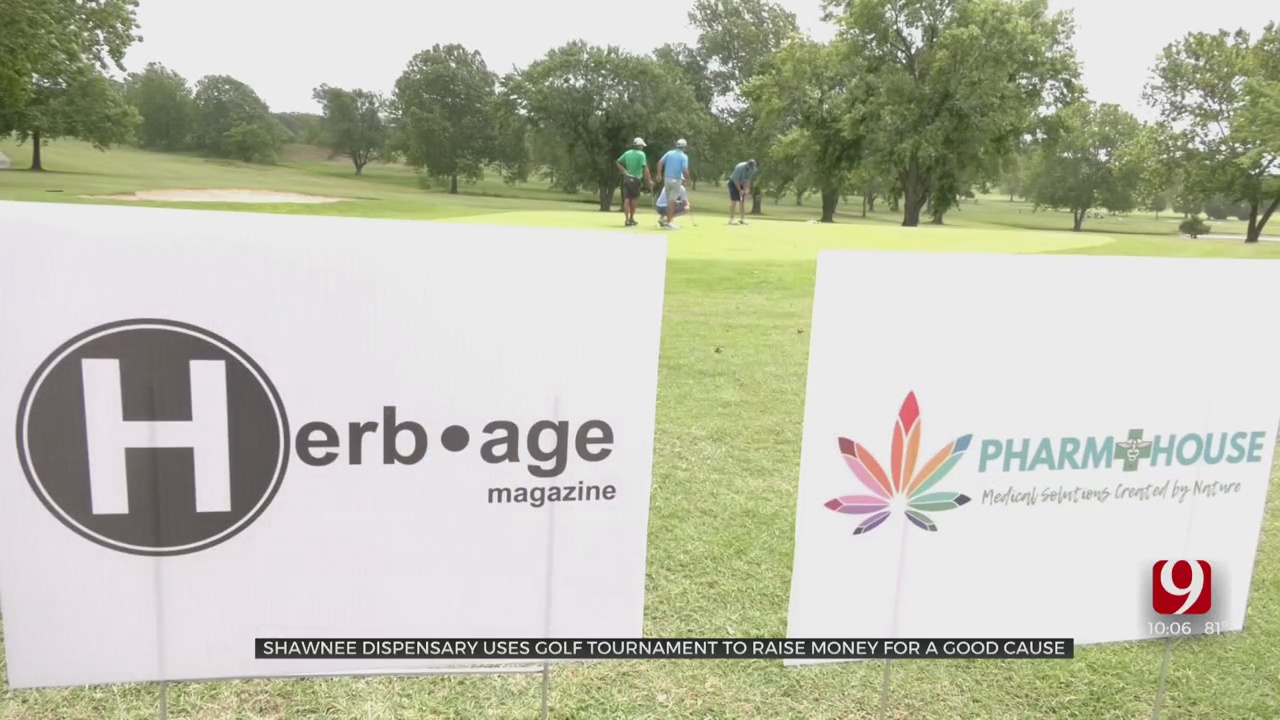 The format of the golf tournament was a scramble, which perfectly describes what it’s been like the last few days for tournament organizers of the first-ever Cannabis Charity Cup.

Pharm+House dispensary in Shawnee and Herbage Magazine co-sponsored the event with proceeds going to the Shawnee Youth and Family Resource Center.

“Our Oklahoma cannabis community is really tight, and we want to support one another and support our local communities and businesses in need," Herbage Magazine publisher James Bridges said.

“Actually, (it) will allow us to serve over 400 people that we serve on average every year, including our emergency children’s center,” Shawnee Youth and Family Resource Center Executive Director Brandy Smith said.

Five days ago, it appeared the tournament might go up in smoke.

“Devastating" is how Pharm+House vice president Jayne Grissom described getting the news that the original venue, the Shawnee Country Club, could no longer host the event. The club has limited access to members-only due to COVID-19 concerns.

“I was on a plane, waiting to take off when the call came,” Grissom said. “I started crying. The woman next to me thought something had happened in my family. I was so upset.”

The Jimmie Austin Golf Course in Seminole stepped in to host the event. Approximately 110 people teed-off Sunday. The tournament raised $7,000.

Tournament organizers said the last-minute change in venue did affect their numbers a bit, but assuming there’s no pandemic next year, they are expecting their numbers to be much higher.