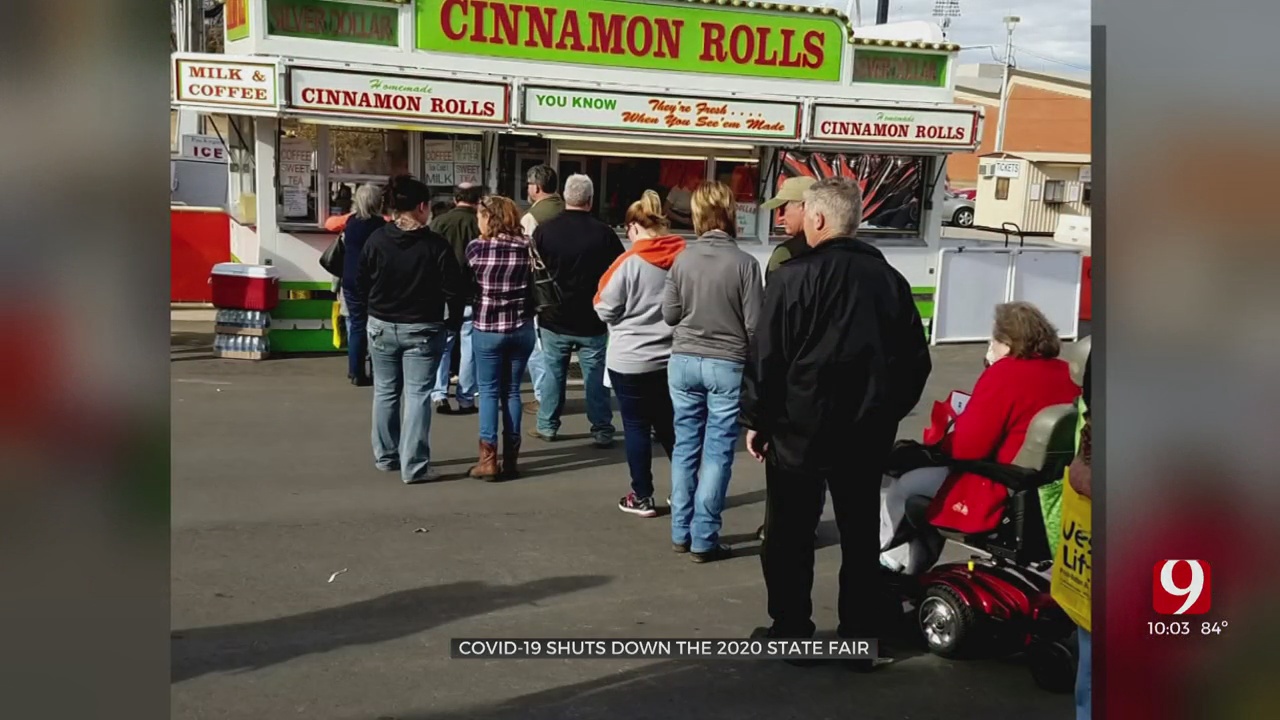 For the first time in state history, the 2020 Oklahoma State Fair was canceled Friday.

“This is like tornado season, it’s a shock, you didn’t see it coming,” said Dan Rowlett of Silver Dollar Concessions, a longtime vendor at the fair that sells cinnamon rolls.

Due to the ongoing spread of COVID-19, fair officials said cancelation was the decision that needed to be made.

Steve Nemecek of the Oklahoma Future Farmers Association said the fair normally serves as a connection between rural and urban parts of the state.

“Unfortunately, we won’t be able to showcase those students and those projects at that particular event. Agriculture is still an important part of the economy here in Oklahoma,” Nemecek said.

Even with the economic and emotional blow of the cancellation, Rowlett said Oklahomans are best suited to weather the COVID-19 storm.

“This state is unlike any other. We have floods, we have droughts, we have tornadoes, we have wind—but you know what? We live here,” he said. “This is bad, but we’ll get through it and we’ll come back stronger than ever before.”