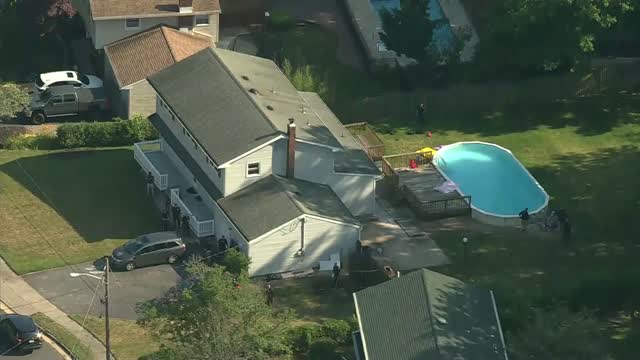 East Brunswick Police Lt. Frank Sutter said Monday a neighbor heard screaming and dialed 911. "All the deceased were taken out of the pool," he said. "CPR was done and they were all pronounced in the backyard."

Middlesex County prosecutors and police said Wednesday that electricity played no part in their deaths. CBS New York reported that an electrician's truck had been present at the house when authorities responded to the deaths.

Authorities said that while the above-ground pool was mostly shallow at 3 1/2 feet deep, a portion of the pool was 7 feet deep and "It doesn't appear that the victims knew how to swim."

The county's regional medical examiner determined the cause of death to be drowning and ruled the manner of death as accidental for all three victims. The investigation is continuing, and anyone with information is asked to call police or prosecutors.

Neighbors told CBS New York the family had just moved into the home about a month ago.

"It's painful. It's painful," neighbor Yamini Patel told the station.