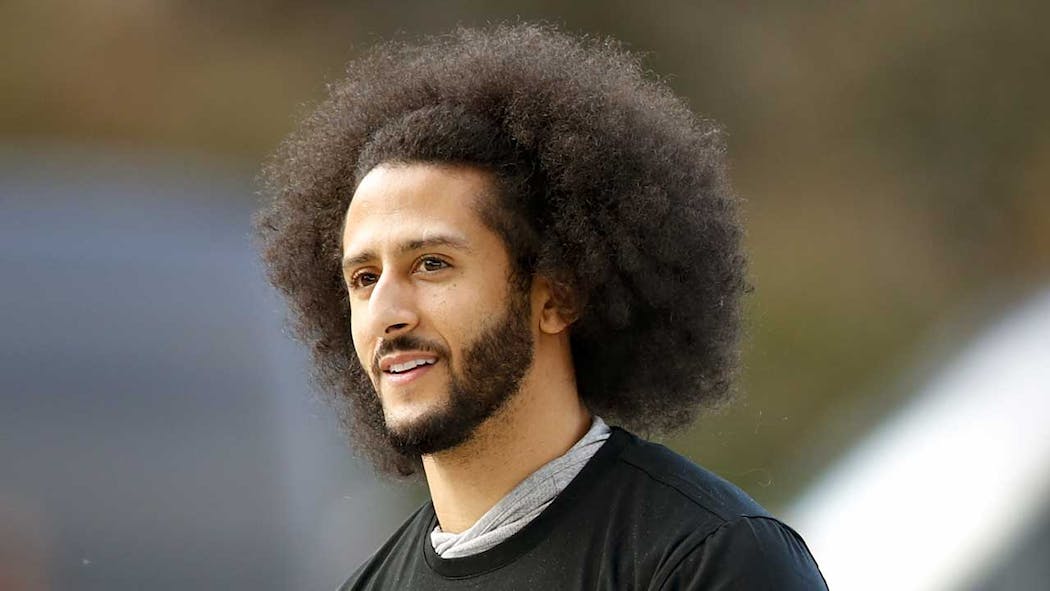 Colin Kaepernick is on the Los Angeles Chargers’ workout list, but that doesn’t mean he will be coming in anytime soon or at all.

Anthony Lynn said Wednesday that Kaepernick fits the style of quarterback Los Angeles is looking for, but the third-year head coach hasn’t spoken to him. Lynn was also quick to point out that he first wants to see how the three quarterbacks he has on the roster perform — something he hasn’t been able to do during the offseason due to the coronavirus pandemic.

“It would be something I think any team would have to explore with a talent of that caliber that is available under these circumstances,” Lynn said. “I know he has a high IQ at the position. It comes down to physical shape and his ability to do what he does. You can figure out real quick where he is in his career after an intense workout.

“Teams need to see if those three years (out of the league) helped him or hurt him. That is three years of not getting hit. It would really be nice to see him back in the league. I’m very confident and happy with the three quarterbacks that I have but you can never have too many people waiting on the runway.”

LA will have a new quarterback under center for its scheduled Sept. 13 opener at Cincinnati after not re-signing Philip Rivers. The 17-year veteran signed with Indianapolis after making 235 consecutive regular season and playoff starts in powder blue.

NFL Commissioner Roger Goodell said Monday that he is encouraging teams to sign Kaepernick, who has been out of the league the past three seasons. The 32-year old quarterback last played in 2016, when he was with the San Francisco 49ers and began to kneel during the national anthem to protest racial injustice and police brutality.

Seattle Seahawks coach Pete Carroll said last week that he received a call from another team about Kaepernick. Carroll and the Seahawks brought Kaepernick in for a workout in 2017 and had another planned in 2018 but it was canceled. Lynn said the Chargers were not the team that inquired.

Tyrod Taylor goes into training camp at the top of the depth chart. Los Angeles also drafted Oregon’s Justin Herbert with the sixth overall pick and have second-year player Easton Stick. Lynn said he has been happy with the virtual offseason sessions, but that the lack of field work makes it harder to gauge the position.

Taylor is familiar with Lynn’s scheme. Lynn was the offensive coordinator for most of the 2016 season in Buffalo, where Taylor was his quarterback.

“Thank goodness I have some time on task with Tyrod Taylor because he understands the offense. I feel very comfortable with that,” Lynn said. “We’re going to have to be very efficient when we get back together.”

As with other teams, the Chargers’ workout list is also longer compared to previous seasons because everyone is preparing for as many contingencies as possible due to the pandemic. No one can accurately predict how many positive tests there are going to be in a week leading up to a game.

“You never know what position is going to go down, so we just need a backup plan,” he said. “Let’s say we don’t have a vaccine and on Saturday three of my wide receivers test positive. Where am I going to get those players? Am I going to have to just go to someone off the streets and bring in new guys to play tomorrow? That’s going to be hard. That’s going to happen, probably. If you have a surplus of players that you can reach out to, that’s just going to help the situation.”

The Chargers will wrap up their virtual offseason program Friday.

Lynn, who is one of only three black head coaches in the NFL, said there have been good discussions with his players about the protests that have occurred since the death of George Floyd. One of the discussions included bringing in a local judge to discuss sentencing.

While Lynn is discouraging his players from attending protests out of coronavirus concerns, he said he did go to one a couple of weeks ago in Huntington Beach that was mostly peaceful but tense at times.

He said the focus for players as far as advocating for change should include something beyond just protesting.

Associated Press Emeritus Pope Benedict XVI has fallen ill after his return from a trip to his native Bavaria to visit his brother, who died a month ago, a German newspaper reported Monday.

Cal Day U.S. Marshals arrested Madison Broyles outside of a motel room she was staying in just before 3 p.m. Saturday.
View More Stories