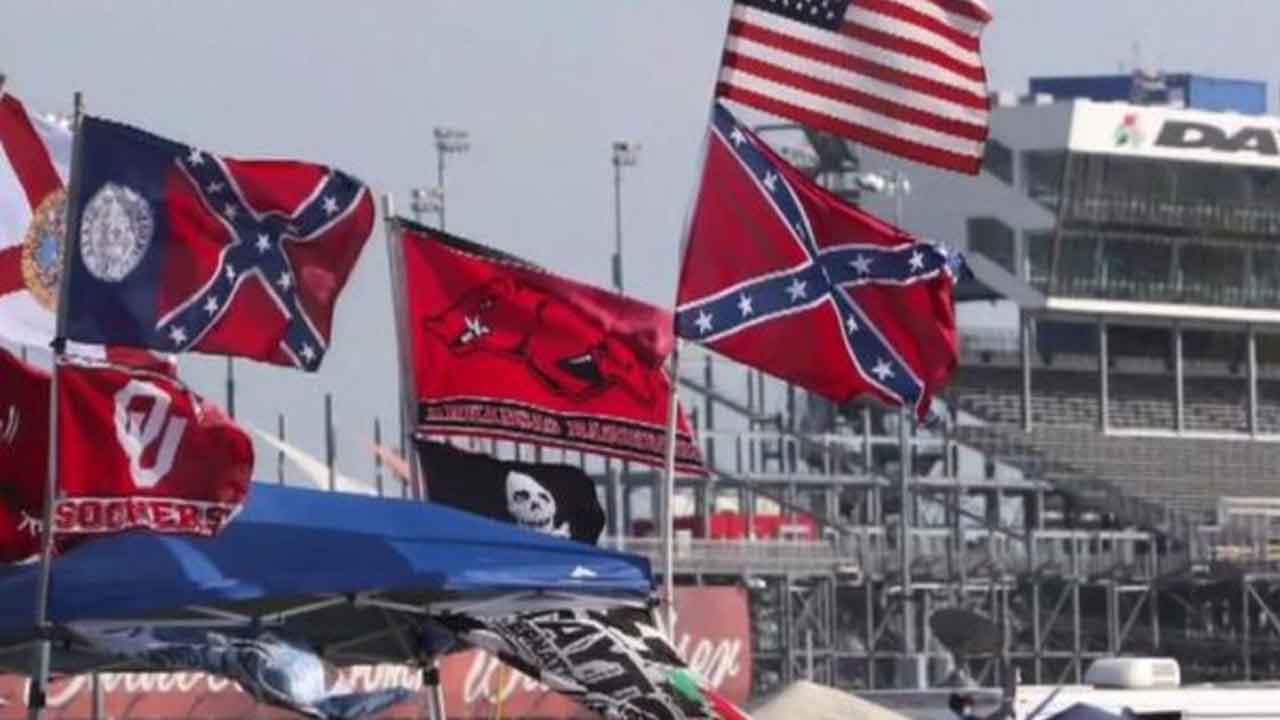 NASCAR driver Bubba Wallace praised the sport Wednesday night for banning the Confederate flag from future races. Wallace, the only full-time African American driver, challenged NASCAR to "get rid of all Confederate flags" in a move praised by many who say it's a step towards inclusivity, but panned by those who disagree about the flag's implications.

"I haven't really slept much thinking about this race — everything that's going into it and everything going on in the world. Trying to race to change the world here," the 26-year-old said hours before a Virginia race for which he painted his stock car black, emblazoned with the words "Black Lives Matter" on each side. "It's not that we're saying no other lives matter. We're trying to say that black lives matter, too," he said.

NASCAR released a statement just before Wednesday's race, Jericka Duncan reports, saying in part "the presence of the Confederate flag at NASCAR events runs contrary to our commitment to providing a welcoming and inclusive environment."

"Props to NASCAR and everybody involved," Wallace said after the statement. "It creates doors and allows the community to come together as one."

The Confederate flag has long been a symbol of racism and division in this country, having flown above the pro-slavery Confederate States of America during the Civil War.

"There's a very clear track record of its use… as a symbol of white supremacy and backlash against civil rights, that's a very real tradition," Civil War historian John Coski said.

Critics of the move believe the flag is tied to racing culture.

"I could care less about the Confederate flag," stock car racer Ray Ciccarelli wrote on Facebook. "But there are people that do and it doesn't make them a racist."

Ciccarelli called the move "political BS" and announced he was ending his NASCAR career, citing the changes.

Seven-time NASCAR champion Jimmie Johnson said it was not about politics, and called it "a personal thing."

"I know some want to make it political," Johnson said. "In all these injustices and inequalities that exist, to me it's kind of simple if we start with being kind first."

Johnson agreed with NASCAR's ban as a step towards the future.

"I think they have a place in history, and we need to keep them in the history books and not have them flying in the sky at the racetracks," he said.