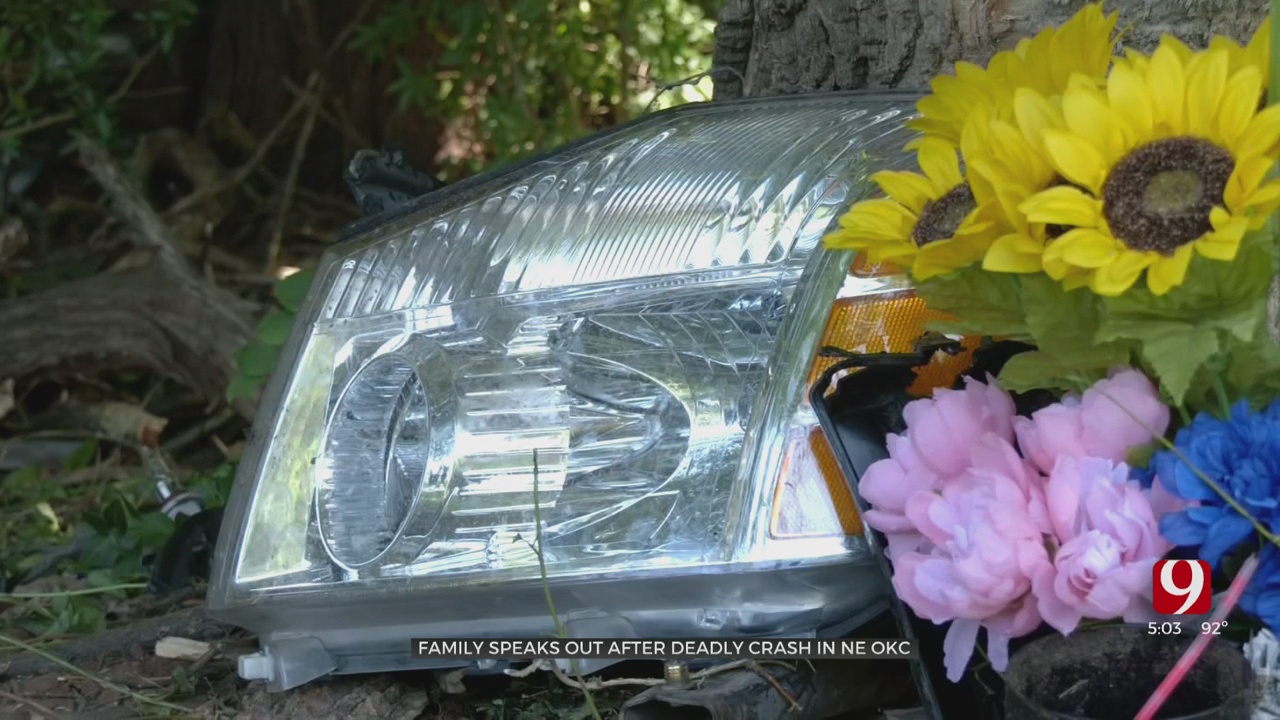 A man accused of leaving the scene of deadly crash Sunday was arrested.

At just 40 years old, Johnson was described by family as lively, loving and funny.

“She was full of life. She would just have you cracking up,” Nakia’s mother Janette Johnson said.

Janette Johnson and other family members said they were always suspicious of Nakia’s boyfriend, Sterling Jackson.

On Sunday, Janette Johnson’s worst fears became reality, when she received the call that Nakia had died in the crash.

Oklahoma City police went to the scene to find a car split in half.

Nakia Johnson, the passenger, had died.

The driver, identified by the victim’s family as Jackson, was nowhere to be found.

“Nobody deserves to leave the world the way she did, and for someone to just leave her there,” Nakia’s daughter, Janiqua Johnson, said.

Sterling Jackson was found and arrested on a complaint of leaving the scene of a deadly crash Monday afternoon and was booked into the Oklahoma County jail.

Nakia’s loved ones said based on the circumstances, they suspect this crash was no accident.

“Deep down inside, I feel like this was intentional. I feel like he wanted to murder my mom and basically that’s just what happened. I don’t understand how my mom can die in a car crash where the car split in half and you can still walk away alive,” Janiqua Johnson said.