Couple Celebrates Wedding Among Thousands Of Protesters In Philadelphia 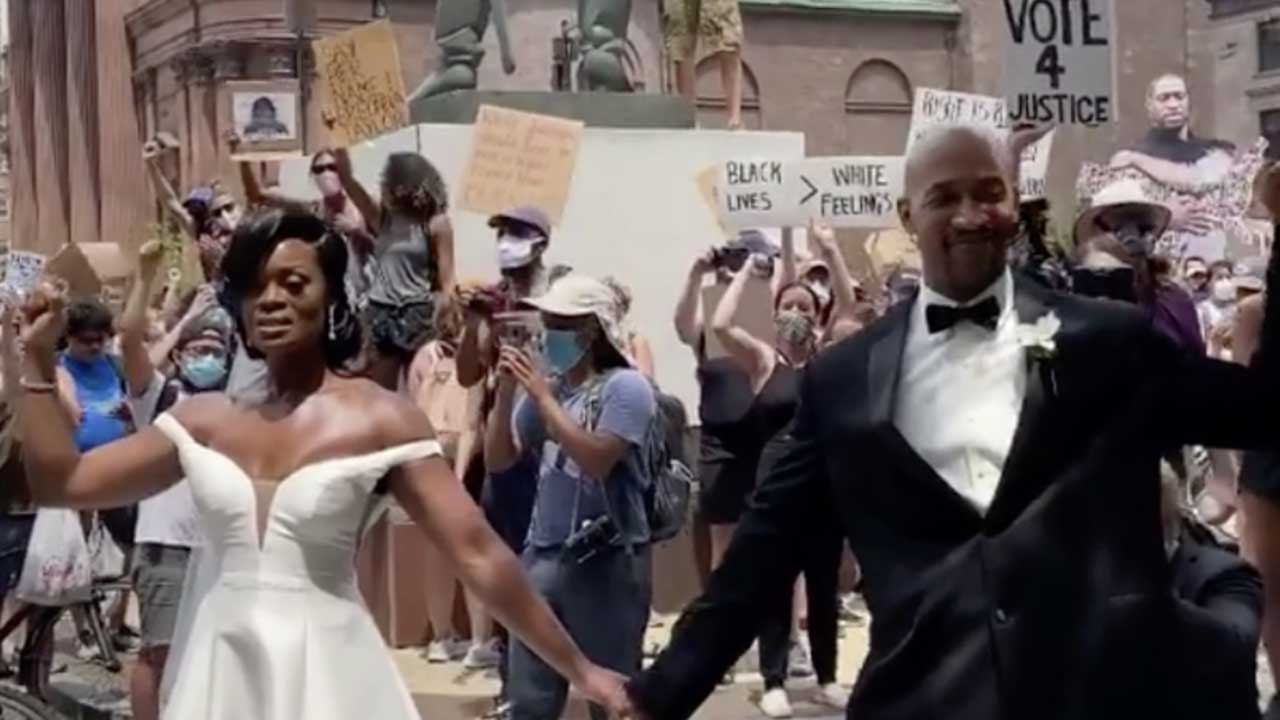 A bride and groom in Philadelphia celebrated their union amid a protest for racial justice on Saturday. Dr. Kerry-Anne Gordon and Michael Gordon were taking photographs on their wedding day and decided to join the march near Logan Square.

The newlyweds left the Logan Hotel, Kerry-Anne in her white gown and Michael in his tux, and were greeted by thousands of protesters, the Philadelphia Inquirer reports.

The protest turned into an impromptu wedding party as demonstrators chanted and cheered for the Gordons, video taken by their officiant, Reverend Roxanne Birchfield, shows. The couple posted for powerful photos which went viral over the weekend.

"Never in our wildest dreams did we think our love story would capture the hearts of so many people," Dr. Gordon wrote on Instagram after the wedding. "We are grateful to share our special day with such a pivotal moment in history, and we are honored to be a positive representation of Black Love and why Black Lives Matter."

"We are so thankful for the outpour of love and support and look forward to sharing our love story with you," her post continued. She shared artwork created by people who were inspired by their protest photoshoot.

The day of their wedding, Saturday, was the eighth day of protests in Philadelphia and numerous demonstrations were organized over the weekend. A group of friends in Conshohocken organized the #BlackoutRideout bike ride to the Philadelphia Art Museum, CBS Philly reports.

"Us riding through down to the City of Brotherly Love just shows our unity," said organizer Christopher Jackson.

Health care professionals also organized a demonstration in the city, chanting as they traveled down Broad Street to City Hall.

"We understand that your trust in the medical system is fractured and we take ownership for what we have done and been complicit in that, but we are here today to show you that we are showing up," Dr. Claire Bogan of Doctors for Black Lives Matter said, according to CBS Philly.

The protests extend nationwide, and in some cities have continued for nearly two weeks, following the death of George Floyd in Minneapolis.