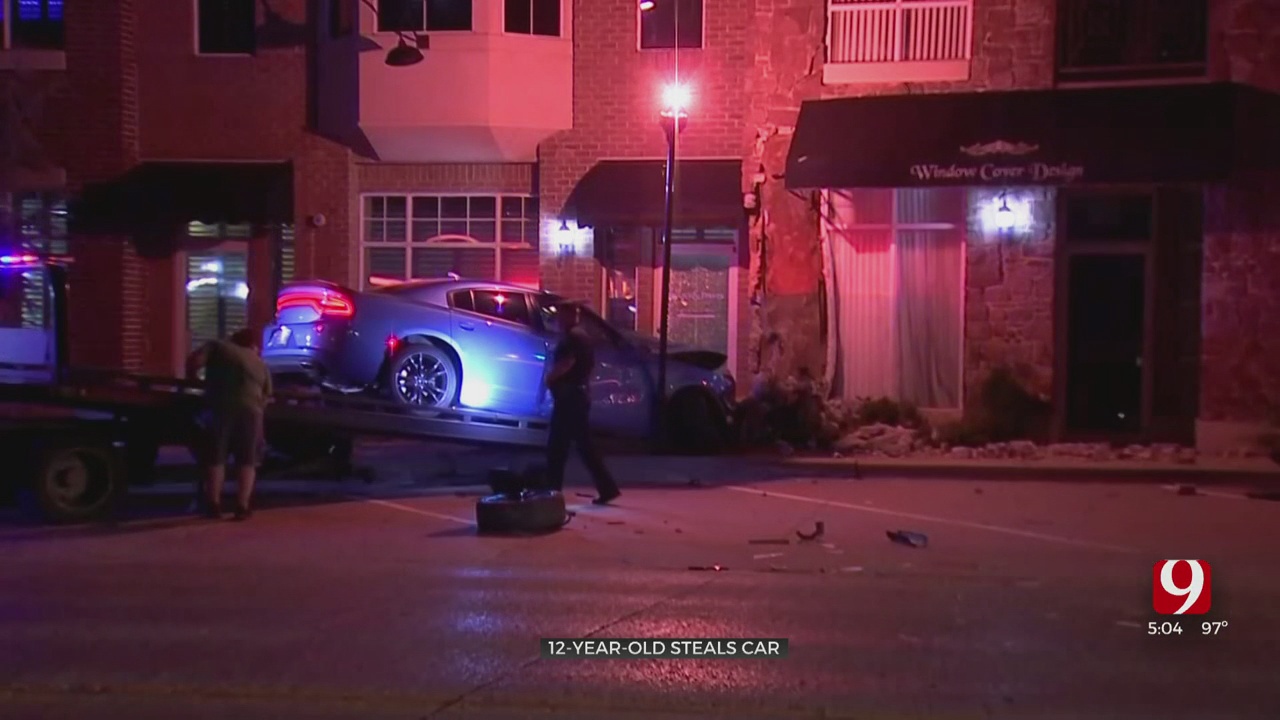 A 12-year-old is accused of stealing a car, leading officers on a chase and then crashing into multiple businesses, police said.

It all began early Thursday when a car was taken from an apartment complex off 15th Street.

Officers eventually located the car and pursued it.

Early reports indicate the vehicle was reaching speeds of 90 mph.

The car eventually crashed into a building on Broadway, which houses numerous businesses including the Evans and Davis law firm and Window Cover Designs.

“I’m just thankful that they’re not hurt and that everything was OK, and we can put the building back together, of course,” Hays said.

Mike Morris, owner of Window Cover Designs, was practically speechless when arriving at the scene.

“I guess, I know kids do crazy things,” Morris said.

According to Edmond police, the preteen driver was not seriously injured.

He was booked through the Edmond jail under numerous complaints including complaints involving a firearm and marijuana.

Police said at one point the suspect also had a female passenger in the car. Officers are still looking for her.