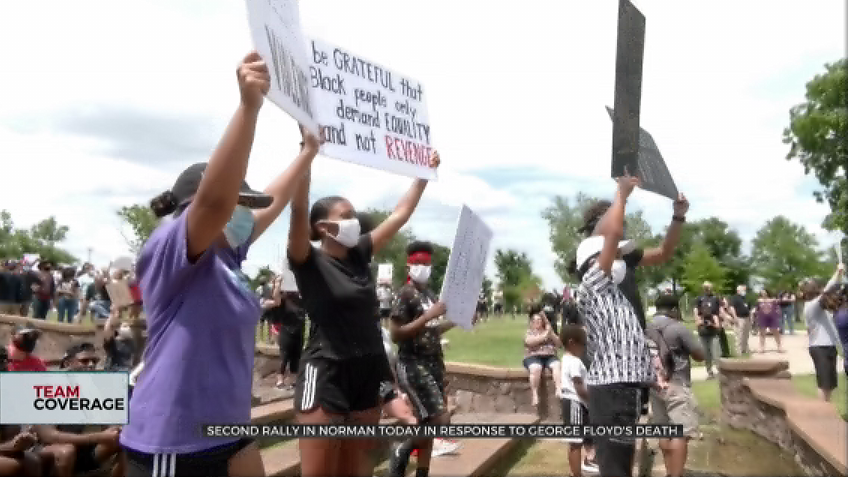 Another rally will be held in response to the death of George Floyd Tuesday in Norman.

The rally is planned for 2 p.m. at at Sooner Mall this time.

Monday's rally, which was held at Andrews Park, had some major developments when it comes to city government.

Norman Mayor Brea Clark announced that despite budget issues, the city would be hiring a diversity and equality officer responsible for outreach and internal training for all city staff. This position will be filled instead of hiring a new assistant city manager. Clark says the decision to bring in this officer is a top priority.

Protesters at Andrews park talked to News 9 about why they were there.

Along with the mayor, different officers and the chief of Police also made an appearance. He discussed past controversies surrounding the Norman Police Department and his hopes for the future.