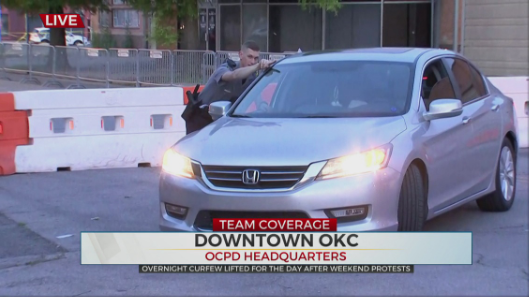 A curfew in an area surrounding the Oklahoma City Police Department Headquarters has now been lifted.

"Mayor @davidfholt will sign a proclamation of a state of emergency in #OKC that includes a curfew for parts of downtown due to violent actions by people near the police station since 9 p.m.," the OKC police dept. tweeted out Sunday night.

The area stretched from 4th to Sheridan and Classen to Harvey and lasted between 10 p.m. and 5 a.m.

Barricades are still up in front of police headquarters.

Officers told News 9 crews they would remain up at least until the evening. Police said they were anticipating another crowd on Monday.

Can You Relate: Halloween Inflation