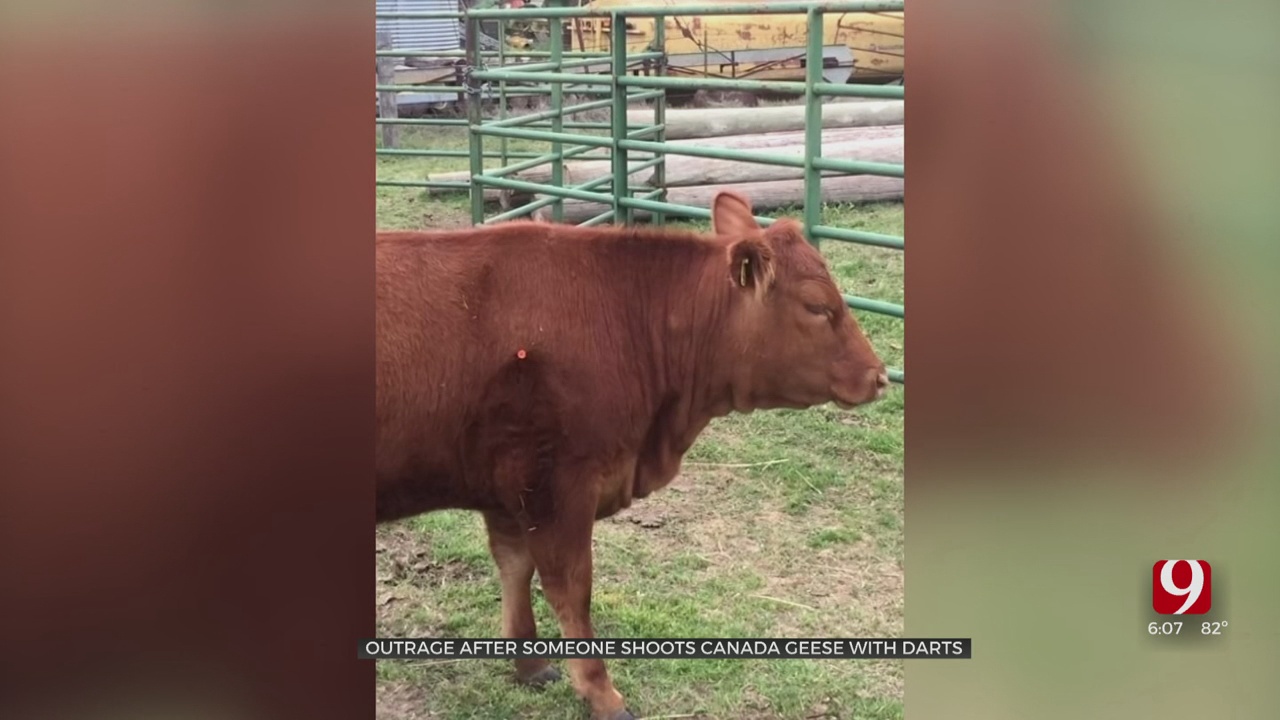 Several people around Lake El Reno said they've seen geese with what looks like blow darts stuck in their neck and side. They’ve also mentioned ducks and cows with similar injuries.

The animals have been seen with a sharp small dart shot through them. The El Reno Police Department said they've received similar reports over the last month and a half.

“It's not ethical at all, it's just a simple case of animal cruelty,” said Kirk Dickerson, El Reno Assistant Police Chief. “Someone has taken advantage of a goose of all things.”

Authorities don't have any suspect information at this time but believe this isn't an ongoing issue.

Dickerson said this is the result of an incident which happened several weeks ago. He said they're working with an animal control officer to monitor and help as many of these birds as they can. He said an act like this is against the law and could lead to several charges.

“There's hunting violations that can go into that, that can be even as far as different federal charges because these are migratory birds,” said Dickerson.

El Reno police also mentioned a cow which was struck did receive treatment and is expected to be OK.

Miville said he's witnessed some of these animals around town and said someone needs to put a stop to it. He said the area is popular for camping and fishing as well, and something like this could have been a lot worse.

“If it's the animals, what's next? It could have been a person in their tent,” said Miville.