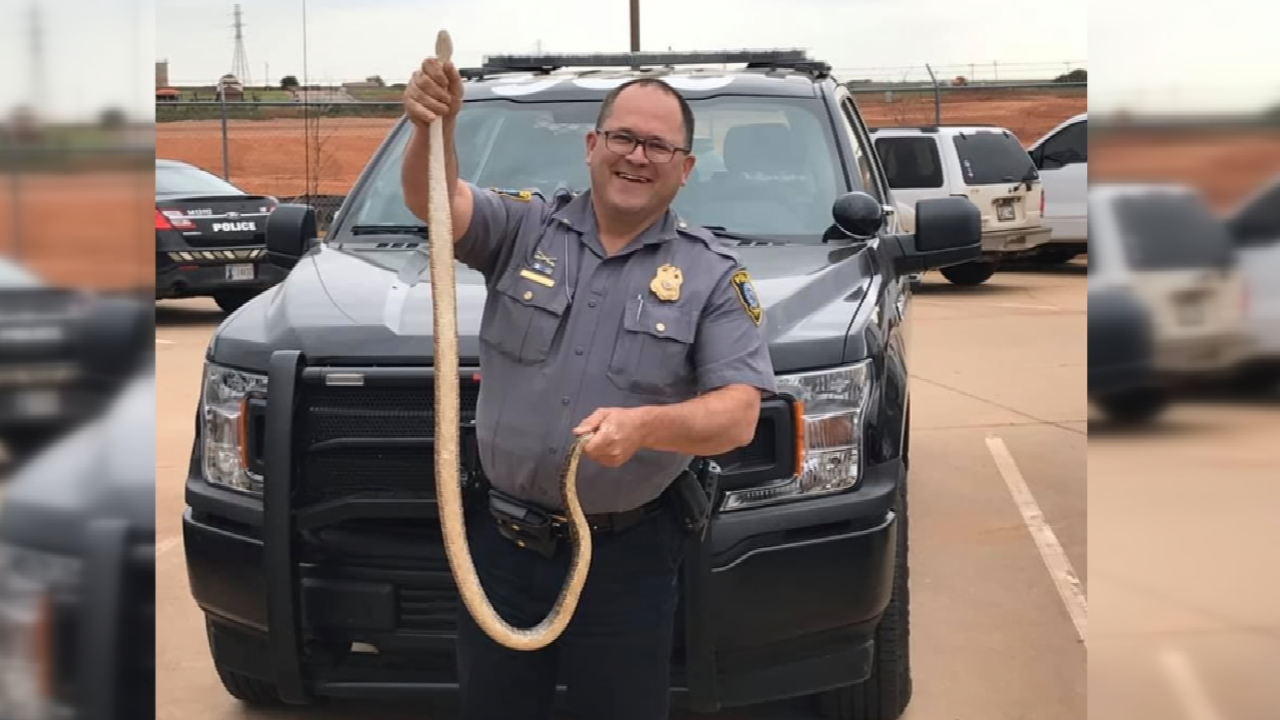 An Oklahoma City police officer found an unexpected guest in his cruiser this week.

The police department says that snake crawled into the engine compartment of Lieutenant Tanksley's vehicle on Friday. They did not say what kind of snake it was but he was able to pull it out alive and release it, unharmed.

The department gave Tanksley the nickname "the snake whisperer." Thankfully, no one was hurt.