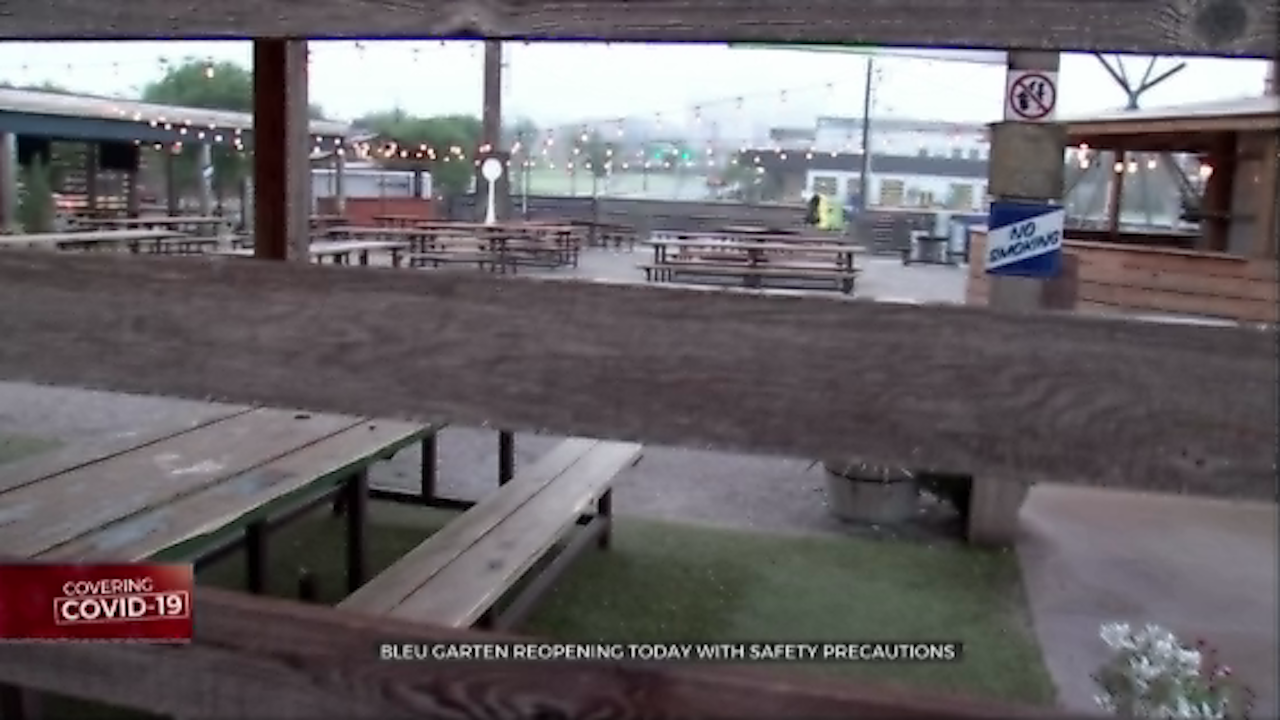 In order to welcome back customers, those businesses have to follow strict guidelines.

Staff at the local food truck park Bleu Garten will also be opening their gates for the first time in almost two months.

Owners said they've been working around the clock to prepare the site and put safety precautions in place.

"I think it was almost 2 months to the day that we were here, and they canceled the Thunder game," said owner Mike McDaniel.

McDaniel said he remembers Thunder fans coming to the park after and being confused what was happening.

"Everybody's lives have changed since then," said McDaniel.

"We opened for three days maybe four days and then shut back down," said McDaniel.

The food truck park could have reopened May 1, but owners decided to wait. Now, two weeks later, staff have safety plans in place.

"We will have cones set up for the bar pods, so that people aren't jammed together," described McDaniel.

Staff have also spread out the tables and taken away extra chairs that are typically around for people to use. Employees will also be encouraging groups to stay together, using disposable menus and cups and only touchless payments methods will be accepted.

"When a team member comes in for their shift, they will fill out a health care questionnaire," said McDaniel.

Employees will also be wearing masks and gloves and will have their temperatures checked.

McDaniel said they don't know how many people they will be letting in. Right now, there's no specific number. But staff told News 9 they will be watching the crowd and will stop people if they think it gets too large.

The owner said as they continue to open their gates, they'll make adjustments as needed.