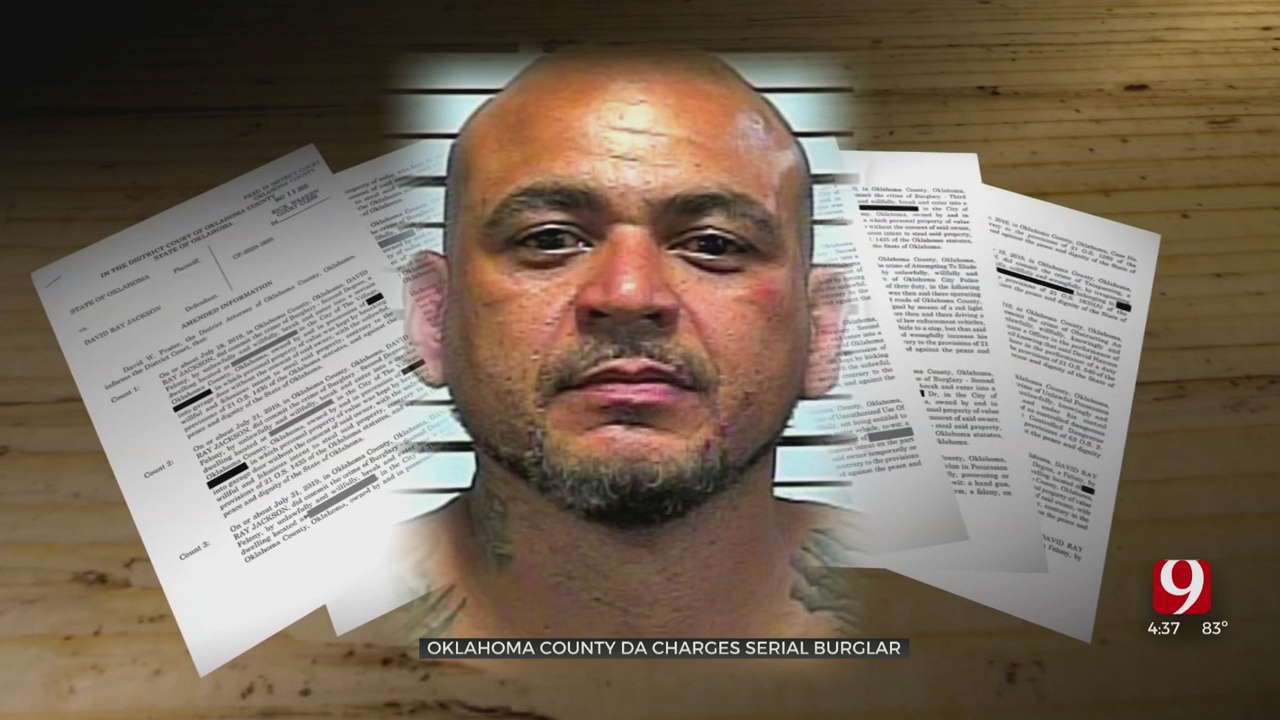 A man is behind bars in the Oklahoma County jail and charged in connection to dozens of crimes.

Twenty-one of the charges linked Jackson to burglaries across the metro, mostly on the northwest side of Oklahoma City and in The Village.

According to court documents, his crime spree dates back to July 2019. That was when The Village Police Department noticed a pattern in burglary reports.

“With most of them being for sale or homes for rent,” said The Village police Deputy Chief Russ Landon. “And what was happening at that time we ended up taking burglary after burglary of people breaking in in the middle of the night and stealing appliances.”

Officers came across some of that stolen property in a van. The Village released body camera video to News 9 of a close call police had with Jackson.

In the video, two men ran from officers when they showed up to a home that was reportedly burglarized.

The Village detectives were able to identify the suspect through DNA and fingerprints he left behind at multiple scenes.

Jackson's burglary spree ended last month after detectives learned he was on a conditional bond and wearing a GPS ankle monitor.

“They were able to corroborate that he was at the scene of a burglary on the date and time is was burglarized,” said Landon.

Jackson was arrested at a southeast Oklahoma City home where police also found a stolen truck in the driveway.

“Apparently if this guy is out in public, he’s committing crimes," Landon said. "So he needs to be in jail.”

The Village police worked with Nichols Hills police and Oklahoma City police on the case because they suspect Jackson could be connected to several burglaries in their jurisdictions.