Former Trump campaign chairman Paul Manafort was transferred Wednesday to home confinement after he requested release because of the threat COVID-19 poses to his health, his lawyer, Kevin Downing, confirmed to CBS News.

CBS News was told that early Wednesday morning two family members including his wife picked up Manafort at LCI Loretto, the low-security federal prison in Pennsylvania where he has been serving his term.

In March 2019, Manafort was sentenced to a total of 90 months - or 7.5 years - in two separate cases involving tax and bank fraud and related charges.

On April 13, his attorneys, Todd Blanche and Downing, wrote a letter to the director of the Bureau of Prisons and the warden at Federal Correctional Institution (FCI) Loretto to request the immediate transfer to home confinement "to serve the remainder of his sentence or, alternatively, for the duration of the on-going COVID-19 pandemic."

Manafort's lawyers pointed out that he is 71 years old and suffers from a number of maladies, including "high blood pressure, liver disease, and respiratory ailments." In the letter, first obtained by CBS News, the lawyers noted that he was hospitalized for several days in December for a heart condition, and in February, that he became ill with influenza and bronchitis.

They added that Manafort "currently takes 11 prescription medications daily to treat his various health conditions, 8 of which are relevant to the requested relief." His lawyers said that the medications, along with his health history, "make plain that Mr. Manafort is at a significantly higher risk for serious illness or death."

His lawyers wrote on April 13, "Even though there are no reported cases of COVID-19 at FCI Loretto at this time, given the growing number of cases in Pennsylvania and increasing challenges in testing inmates and staff potentially exposed to COVID-19, it is only a matter of time before the infection spreads to staff and inmates at FCI Loretto, at which time it may be too late to prevent high-risk inmates, such as Mr. Manafort, from contracting the potentially deadly virus," his lawyers said.

In late March and early April, Attorney General William Barr instructed the Bureau of Prisons to increase the use of home confinement among older inmates with underlying conditions as a means to mitigate the spread of COVID-19 within the country's prison system.

Scott Taylor, spokesman for the Federal Bureau of Prisons, told CBS News in a statement at the time that he wouldn't directly comment on the Manafort request.

Because of the surge in cases at some sites, the Bureau of Prisons "has begun immediately reviewing all inmates who have COVID-19 risk factors, as described by the CDC," but it is beginning with other facilities first: Oakdale, Louisiana; Danbury, Connecticut; and Elkton, Ohio, Taylor said. These are facilities where inmates have already died of COVID-19.

Michael Avenatti, the attorney who became famous when he was representing adult film star Stormy Daniels in her case against President Trump, was also granted temporary home confinement due to coronavirus, according to a judge's order. Avenatti was convicted of extortion in February.

President Trump's former personal attorney, Michael Cohen, will be released to home confinement at the end of May, two sources familiar with the matter told CBS News. 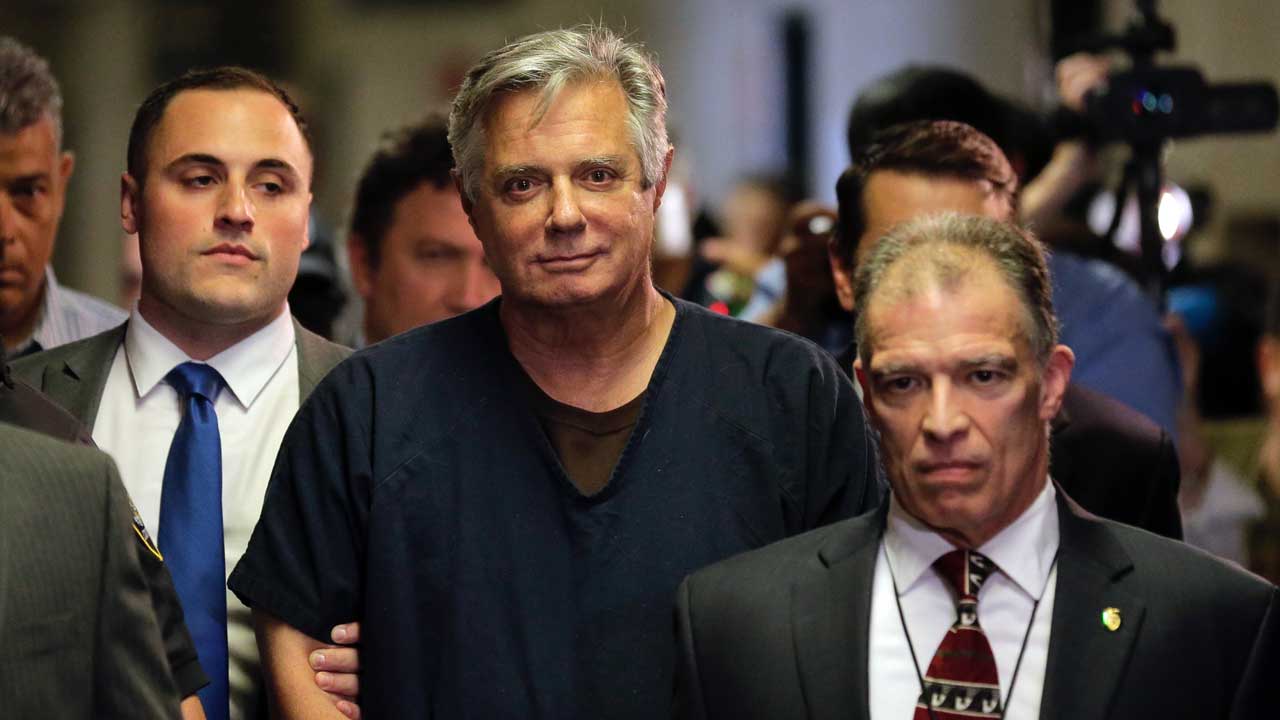