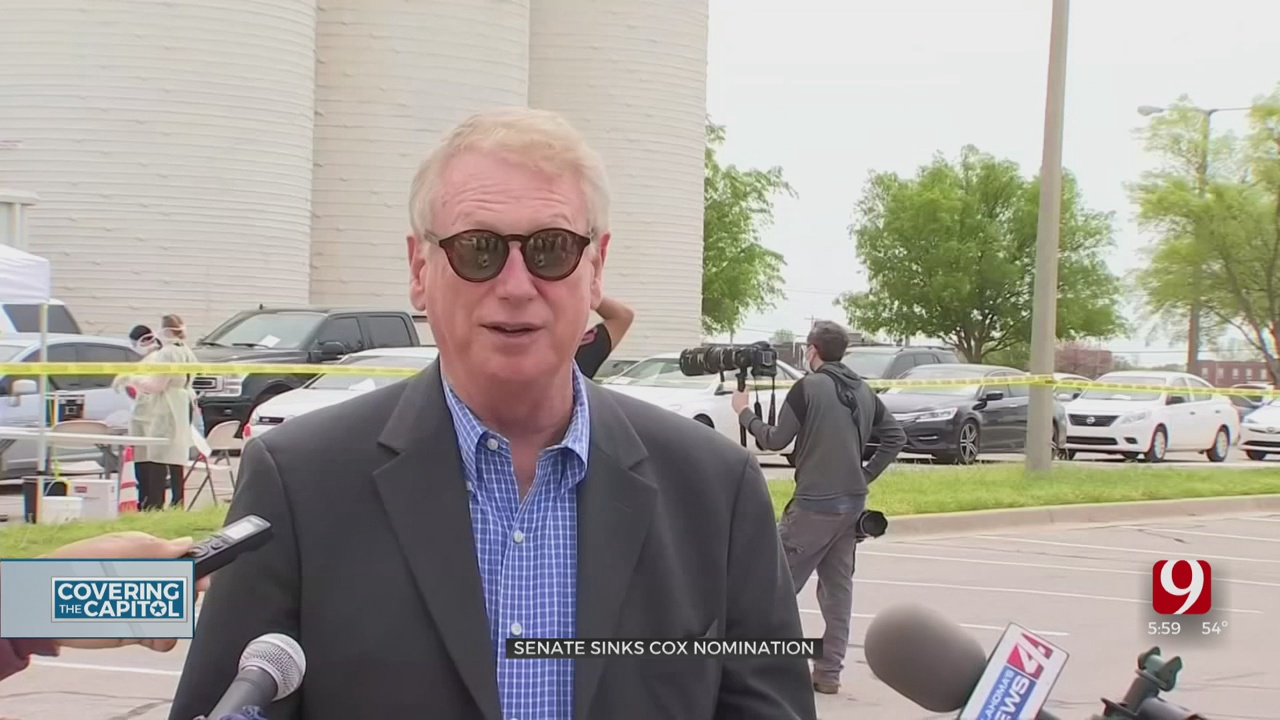 In the middle of a global pandemic, the director of the state department of health will be stepping down. The director, handpicked by the governor, doesn’t want to; he has to.

Gary Cox has an impressive resume. He has served as the Director of Public health since Governor Stitt appointed him back in September. He was the director of the Tulsa Health Department and the Oklahoma City-County Health Department. And, as an attorney he has 40-years experience in public health. But he lacks a master’s degree in science, so the state Senate won’t confirm him.

“It's very disappointing,” Governor Kevin Stitt said. “But if they don't confirm him, he's out of a job on May 31st. And that means during this pandemic, I’ve got to try to go and look for another agency head in the middle of trying to deal with COVID 19. So, it's very disappointing.”

Senate leaders said, it’s nothing personal, Cox just doesn’t meet the requirements. Plus, there were other concerns about management.

“It starts with the fact that he doesn’t qualify by law for the job. And we were going to have to go in and not only confirm him and change the job description for him,” Senator Greg McCortney (R) Health and Human Services Committee Chairman said. “On top of that the attorney general is investigating how he’s handling the finances in the health department. Audits from his old job leaking out paint a bad picture.”

“Last year during the session, some of those agency heads removed requirements and they said, hey for 10 years equivalent experience, we remove some of the PhD requirements. We could easily do that for Gary Cox,” said Stitt.

“Timing of that is horrible,” McCortney said. “This is a really bad time to not have somebody in that chair as commissioner of health, in the middle of this pandemic this is the last thing that we wanted to do but in the end we in the Senate have a job and we are doing that job.”