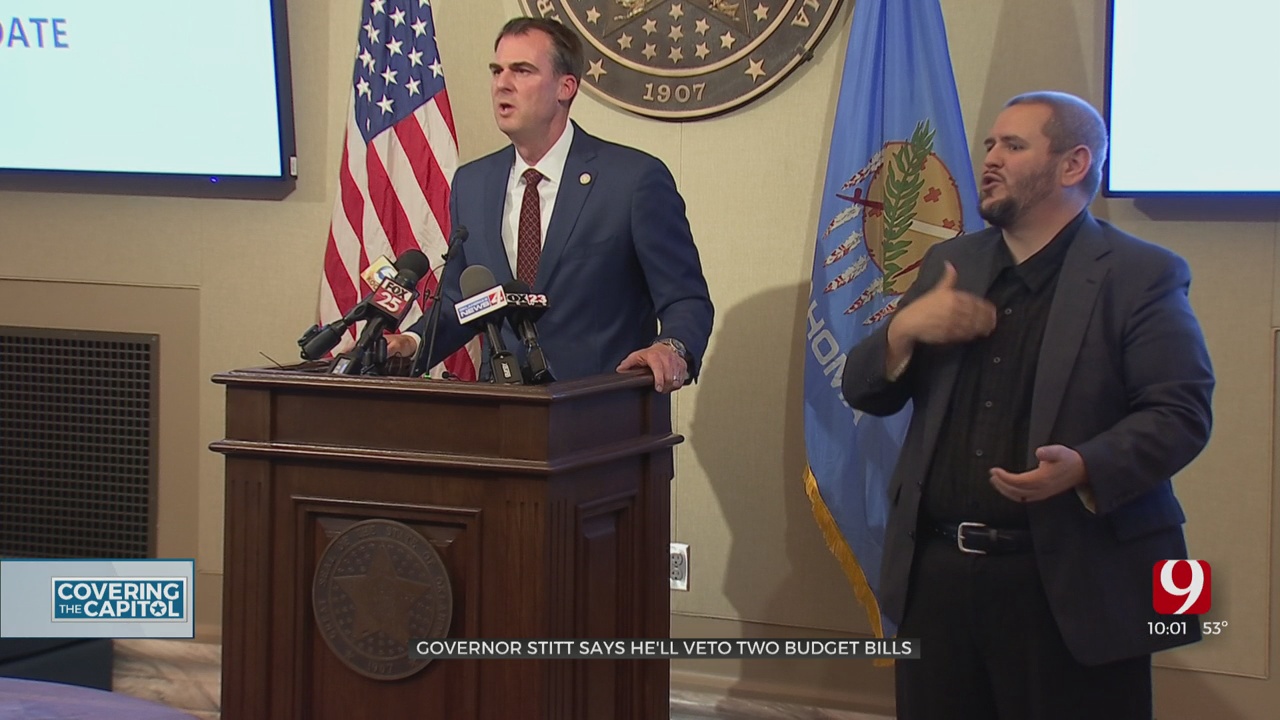 Oklahoma Gov. Kevin Stitt admitted that negotiations with Senate and House leaders have seemingly halted at a news conference Monday. He said he will veto two of the legislature’s prepared budget bills, which include cuts in response to the COVID-19 pandemic.

Stitt said the bills, HB 2741 and HB 2742, would make cuts to the retirement funds for Oklahoma teachers, law enforcement officers and firefighters. He said the proposals would also set back the state’s plan to improve roads and bridges by eight years.

“I will not play a part in harming Oklahoma’s teachers,” Stitt said. He added that the session, so far, has been “very disappointing and contentious.”

Republican Senate and House leadership put on their own conference following Stitt’s and directly refuted much of what he said.

Sen. Roger Thompson, R-Okemah said the vetoes would result in a more-than $100 million cut to the education formula. Rep. Kevin Wallace, R-Wellston called Stitt’s claim that road and bridge improvements would be delayed under the bills, “false communication.”

The chambers’ respective budget leaders said Stitt’s office has abruptly ended in-person and virtual meetings on the budget. Stitt even said his office did not respond to messages inviting cooperation on the budget.

“We just want to be a part of the conversation,” Thompson said. “Because again, the legislature has the checkbook.”

“When somebody makes demands and says, ‘you will either do what we want, or we’ll end negotiations,’ that don’t sound much like a negotiation,” Wallace said.

The House and Senate can overturn a veto with a 2/3 majority vote. Stitt has until Wednesday night to review the remaining budget bills.

“We have to get a good budget this year or we’re going to fall off a cliff again next year,” Stitt said.

Mornings With The Mayor: Oct. 6