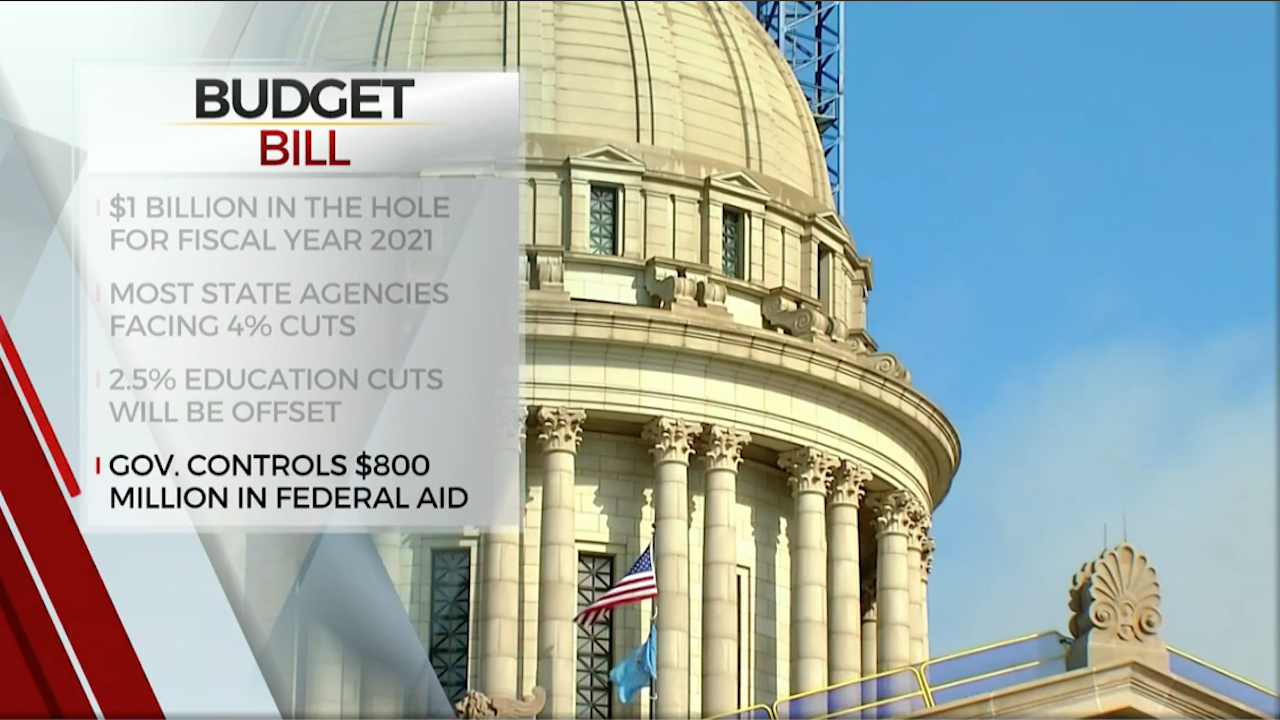 House lawmakers are expected to pass the majority of the legislature’s budget plan and send it to the governor’s desk.

Governor Kevin Stitt says his team is still looking over the budget as it stands right now. However, they want to know why some agencies are facing cuts while others may see increases.

“The Department of Public Safety was cut 9%. The Attorney General Office got a 12% increase,” said Governor Kevin Stitt. “But my team’s looking through it. We’re meeting with the White House and the Senate and my commitment is to get a good budget for the citizens of Oklahoma.”

A couple of weeks ago, The Board of Equalization said the state is going into the 2021 Fiscal year more than $1 Billion in the hole.

Although lawmakers were unsure about those numbers, their budget plan includes a 4% cut for most state agencies. Education would also take a 2.5% hit, but we’re told the education cuts will be offset by additional federal funding.

Once the bill is passed, the governor will sign it.

“I’m the Executive Branch. They’re the legislature, they write the budget,” said Governor Kevin Stitt. “ If I don’t think it’s a good deal for Oklahoma then I will veto it and I will explain directly to Oklahomans what my problems are with the budget.”

Lawmakers said they’re still waiting on the Governor to reveal how he plans to spend $800 million in COVID-19 federal aid that he controls.