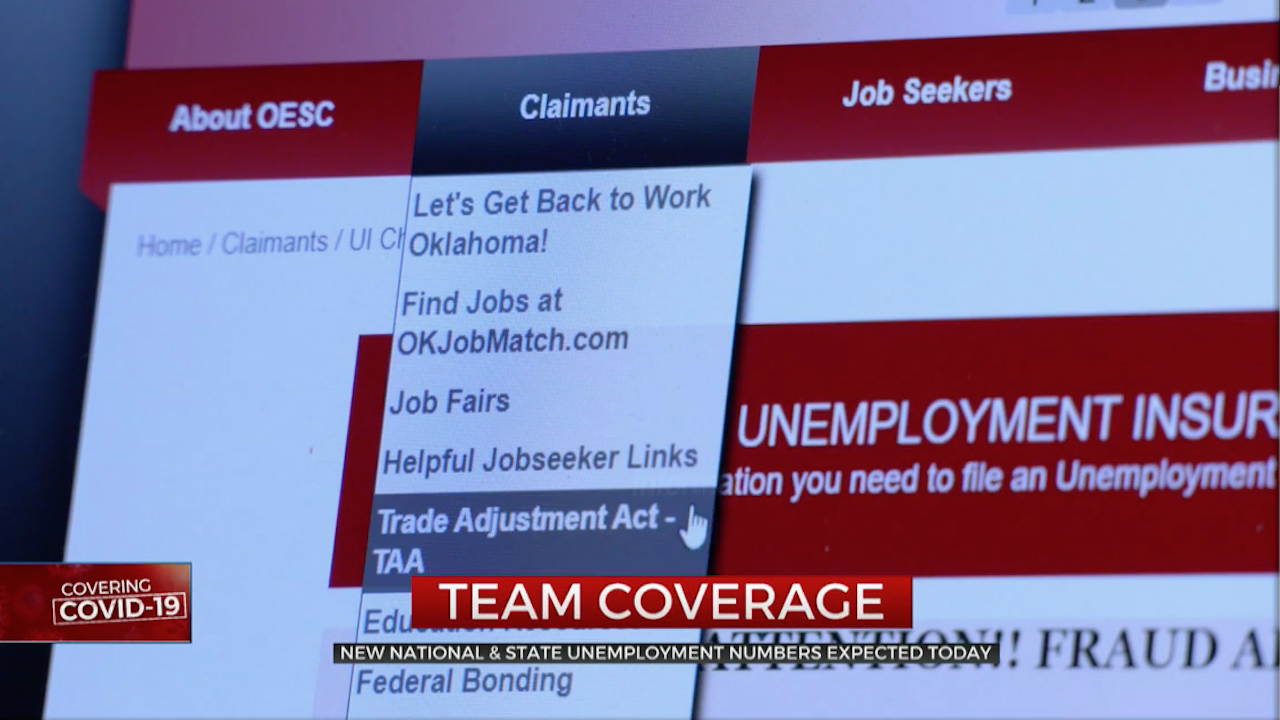 New Oklahoma unemployment numbers on both the state and national level will be released sometime Thursday.

Unemployment is a topic Governor Stitt addressed in his most recent news conference.

So far the state has received about 417,000 unemployment claims since the COVID-19 pandemic hit.

“As of this morning, we’ve had about 417,000 claims. Keep in mind, this system was designed for between 1,500 and 2,500 claims per week,” Secretary of Digital Transformation and Administration David Ostrowe said.

However the Governor's team says many of the technological problems have now been fixed.

The state also released new information about the rising number of fraudulent unemployment claims, so far they've caught about 6,700.

Any suspicion of unemployment fraud can be reported to fraud@odsc.state.ok.us.

The Governor says the good news is the state is still on track for phase two of reopening on May 15th to get more people back to work. That will include bars, weddings and funerals.