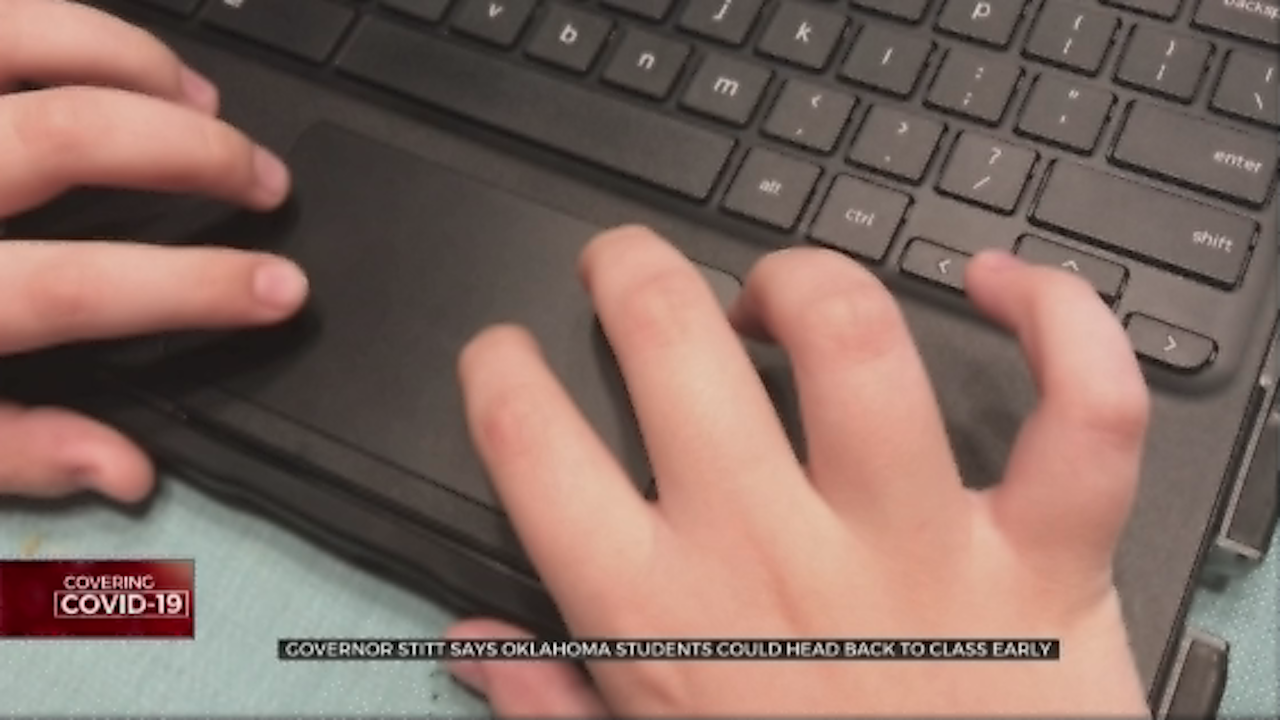 Governor Kevin Stitt said Oklahoma is considering starting the 2020 school year early, possibly even on an on again-off again schedule.

This could mean that students could go back to class "a couple of weeks" early. The suggestion was apparently made by Governor Stitt on a conference call where he said state leaders are considering this option.

Governor Stitt is also quoted by Fox News saying, "We're concerned about kids being out of school here for six months before fall semester starts, so that's one of the plans I've been working on. "

Stitt also said he is talking with schools and preparing for a resurgence of COVID-19, even planning for online curriculum. He said using the web could help give schools a break in case they would have to go every other week.

A spokesperson for the Governor's office said right now this is just an idea but the board of education is looking into if the idea has been seriously discussed.

So far, starting early is not something we've heard as a possibility from the state department of education.

Distance learning started almost exactly a month ago and will wrap up for the school year here in the next few weeks.

News 9's will be asking state superintendent Joy Hofmeister about plans for the fall during a live interview at 6:45 a.m. Friday. We've reached out to her office for a response on the Governor's comments.

Fast-Growing Portion Of Downtown OKC Gets A New Name