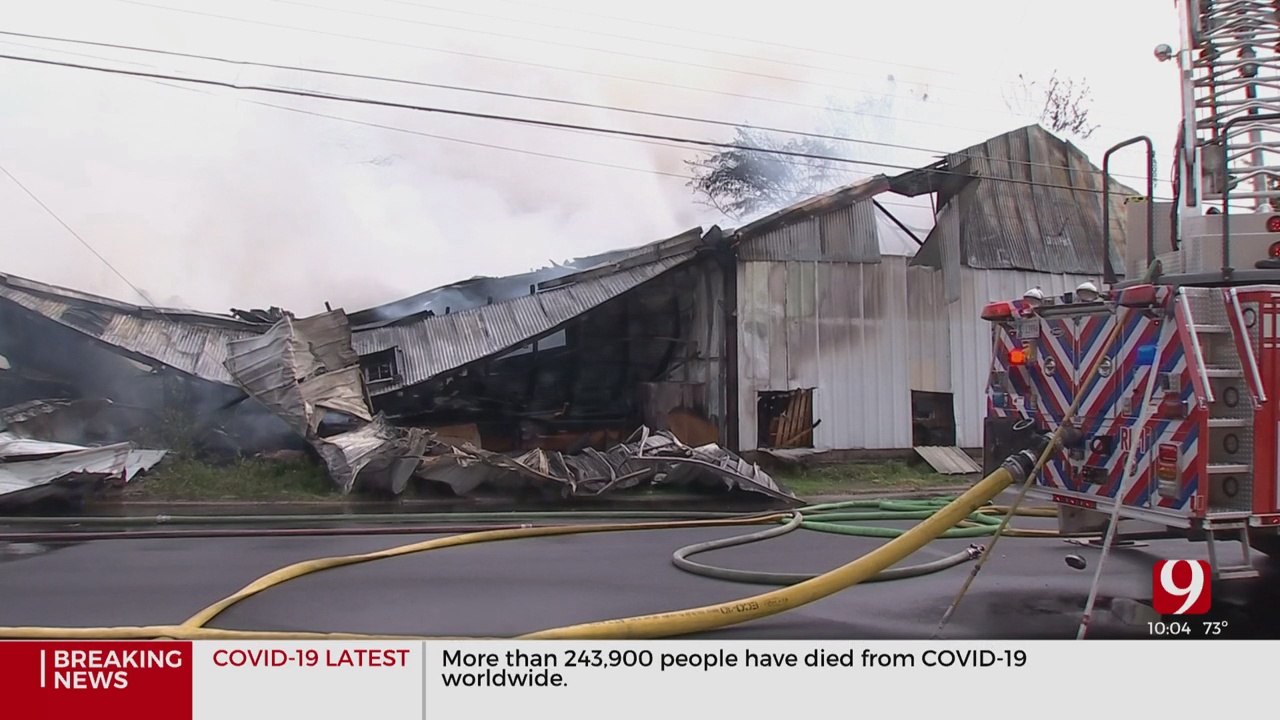 Dark smoke from a large commercial fire could be seen from miles away Sunday afternoon.

Crews were able to knock down the flames quickly. No one was inside at the time, but officials on the scene sounded four alarms. No injuries were reported.

“Which is a significant fire response for us, that’ll be approximately 65 to 75 firefighters out here from Oklahoma City, so this is a large incident response,” Oklahoma City Fire Department Battalion Chief Benny Fulkerson said.

A construction company stores building materials in two of the buildings, including roofing, insulation, wood and propane bottles.

The third building held air compressors. Fulkerson said the structures were extremely close to one another.

“The buildings themselves were metal buildings, so again, those burn pretty quickly,” Fulkerson said. “They fell under the intense heat that was exposed to them here today.”

Jerry McIntire and his wife were one of the first to notice the smoke and flames.

“Come down the street and next thing you know, I got fire trucks coming at me from the opposite direction,” McIntire said.

Fulkerson said two other buildings were saved. An ice machine business, just to the east, which only received exterior damage and another large building was salvaged.

Officials are still investigating what caused this incident.