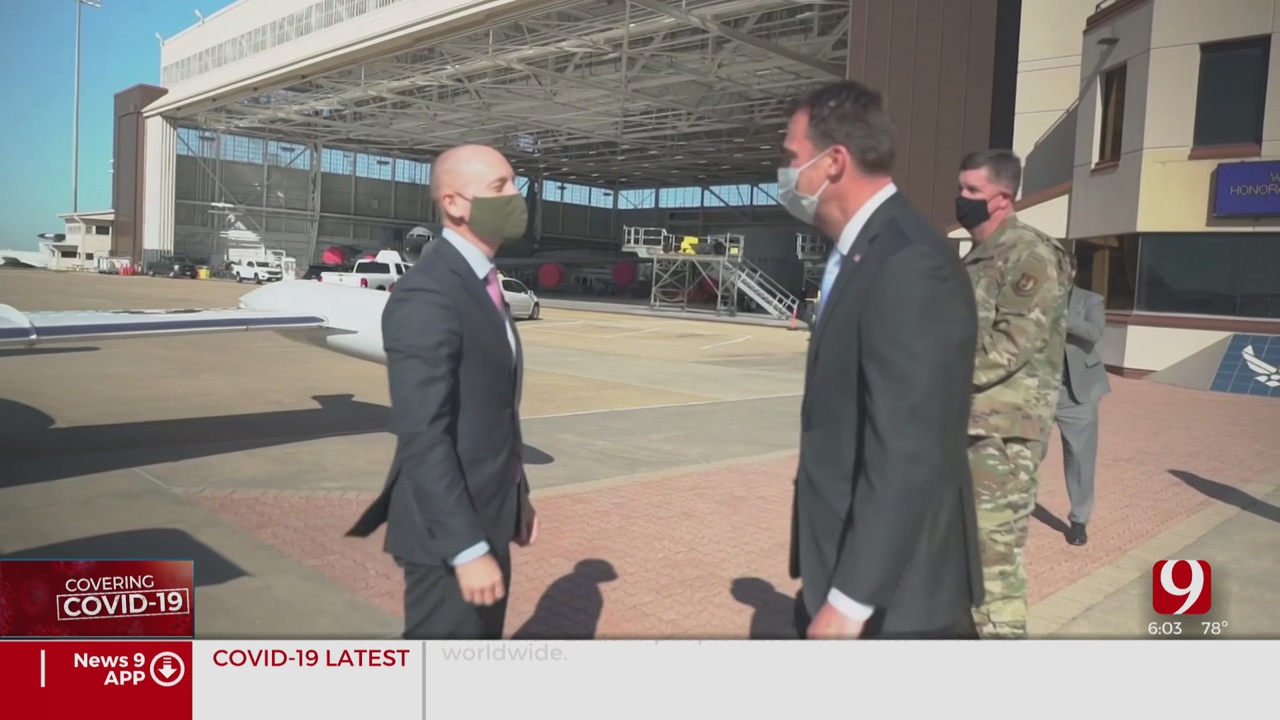 COVID-19 has affected everyone, right down to airmen at Tinker Air Force Base.

Undersecretary Shon Manasco, recently appointed by President Trump, visited the base Wednesday morning to see the effects of COVID-19 firsthand.

The Undersecretary in the Air Force is the number two ranking civilian in the department.

“Our airmen do their very best work when they are faced with a set of constraints and they are at their most creative,” said Manasco.

Many operations have been moved around on base, some even closed for cleaning.

Each team has been assigned their own break room to help make it easier to re-trace steps if someone were to test positive for COVID-19.

“At the end of their shift or during their shift that’s (if) they need to access their lockers, they have the appropriate space to do what they need to do to get in to get their things out,” said Manasco.

More than 20 positive cases have been reported, no deaths however.

The Air Force is comfortable, currently, with testing capabilities.

Opening the base is the next focus which is a decision that has been left up to local commanders.

“Our adversaries are watching, they are taking notice and what I want them to be able to see is a resilient workforce, a resilient Air Force, that is willing to fight their way through it so we can stand on guard to do what the nation asked us to do,” said Manasco.

There is a restriction of movement in place at Tinker Air Force Base effective until June 30.

The current state of the oil and gas industry has not affected the Air Force like it has many Oklahomans.