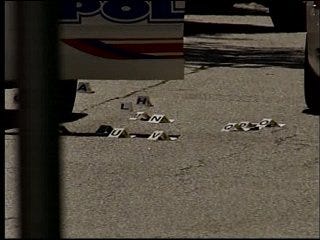 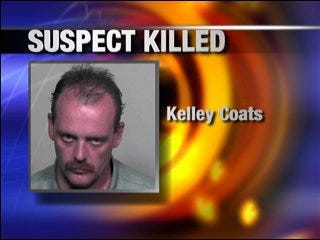 An officer encountered Kelley Coats at about 12:30 p.m. during a routine traffic stop. The officer was going to arrest Coats because his license was suspended, Police Chief Phil Cole said.

A fellow officer recognized Coats' name on radio traffic and warned the officer the he normally carried weapons and to wait for backup, Cole said.

When another officer arrived, Coats sped off and a chase ensued. Coats pulled into a driveway, exited the vehicle and began shooting at police, Cole said.

Coats was pronounced dead at the scene, Cole said. The police officers were not injured.

The officers' names were not released.