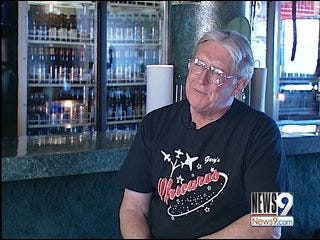 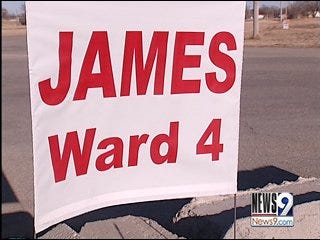 ENID, Oklahoma -- An Oklahoma politician is catching a lot of heat but it has nothing to do with his campaign or platform. Instead, it's the way he runs his business.

The politician admits -- he won't allow certain people into his business. But first-- a warning -- some of the language in this story may be very offensive.

It doesn't look like much from the outside, but at the Chicaro Club in Enid there's always plenty of food on the pit and there's a stock of scotch at the bar, but there's one thing that's not on the menu, and that's diversity.

"If I discriminate, it's against the people I dislike," owner Gary James said.

James is accused of discrimination and he doesn't deny it.

James, who is also running for a spot on the Enid City Council, is keeping out what he calls "trash" and "people on welfare."

Earlier this week, he told the local paper anyone who wears a hat inside a building is gay, and will be asked to leave.

James said he isn't homophobic or racist. He just refuses to allow anyone who makes him or his customers uneasy inside his business.

"I think it's wrong because people judge the book by its cover," Corey Jenson said.

With baggy jeans and visible tattoos, Jenson and Terrence Higdon are perfect examples of what James will not allow into his bar.

"I don't see how he can be City Councilman if he can't respect our rights," Higdon said. "We obey the laws and dress how we want to dress."

James said he's also obeying the law; it's just his opinions that others don't like.

"If they don't like my actions or my words they don't have to vote for me as far as that election goes," James said.

Despite his colorful comments, James said he still has a good chance of being elected. One of his opponents, Loyd Kaufman, said James is entitled to his own opinion. The election is Tuesday, February 10.