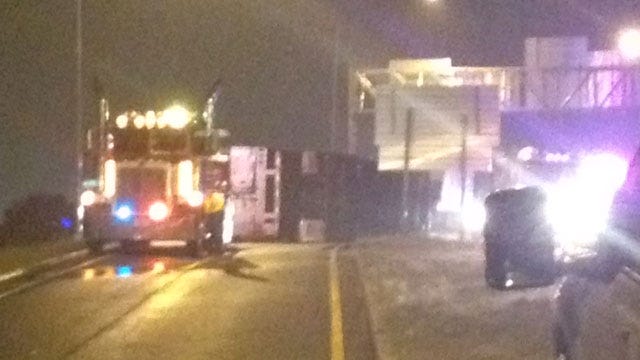 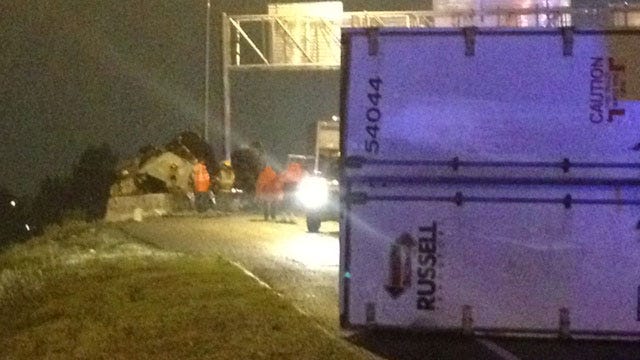 A semi accident has shut down all east bound lanes of Interstate 40 near Tinker Air Force Base, forcing the highway closed for several hours as crews work to clean up the mess.

The accident happened just before 7 p.m. on I-40 just west of Air Depot. Traffic is being diverted at Sooner Road.

News 9 is told an 18-wheeler hauling car parts jackknifed and rolled over. The trailer actually took down an overhead highway sign and that's why it's taking so long to clear the accident.

All three eastbound lanes are shut down and aren't expected to re-open until midnight.

Hazmat also had to respond because fuel from the truck spilled all over the highway. Miraculously, no one was injured in this accident.

Officials haven't said what caused the semi to wreck, but it has been raining off and on all day so slick roads could have played a part.

Again, all eastbound lanes of I-40 just west of Air Depot are shut down, probably through midnight.