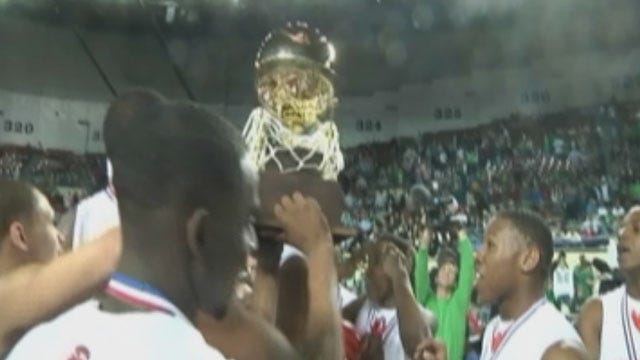 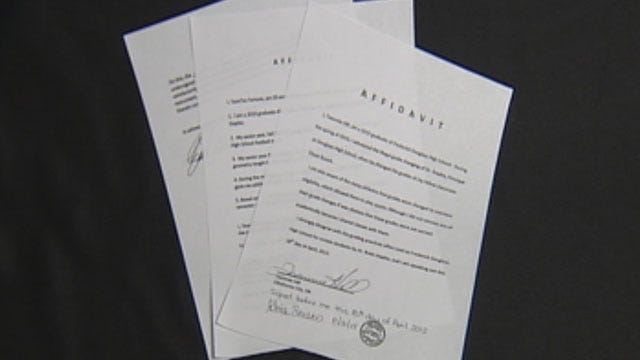 Cheating allegations against a high school in the metro could put their championship titles on the line.

We first told you last week about the federal investigation into Douglass High School. Now there are questions surrounding the eligibility of some former athletes.

The principal at Douglass High school is accused of tampering with grades and altering attendance records so students would be eligible to play sports. During the principal's tenure, Douglass High School has won at least five state championships. Now, the school could have to defend titles they've already won.

The Douglass High Trojans celebrated two championships in 2010, one for football and the other for basketball, but at the same time Marcia Muhammad said they suffered a loss.

"The community thinks, 'oh that school doing good. We are winning championships.' But there is no education or learning going on," Muhammad said.

"We have children that cannot play sports, so, okay, what happened to them?" Muhammad said.

One athlete admitted he "failed geometry" and was "never placed on the ineligible list." The football player also acknowledges instead he received a "C" to pass the class.

Others indicate they witnessed the principal make illegal grade changes and alter attendance records for athletes at Douglass.

If proven true, it would be a violation of eligibility rules set forth by the Oklahoma Secondary School Activities Association. Ineligible students could result in forfeiture of the championship title.

When News 9 inquired about the allegations against Douglass, the OSSAA responded by saying it is waiting on the outcome of the federal or school district's investigations.

When we contacted the investigator hired by the OKC public schools, she estimated two weeks before it's complete. No word on how long the federal investigation will take.