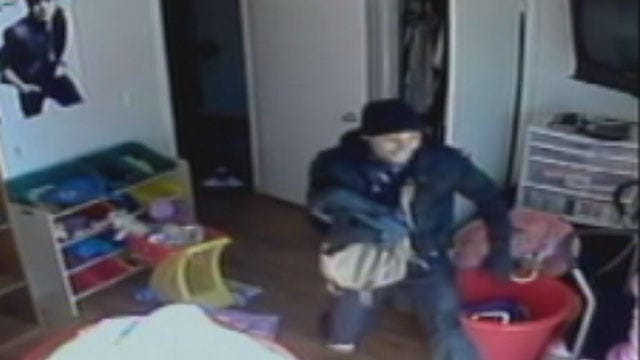 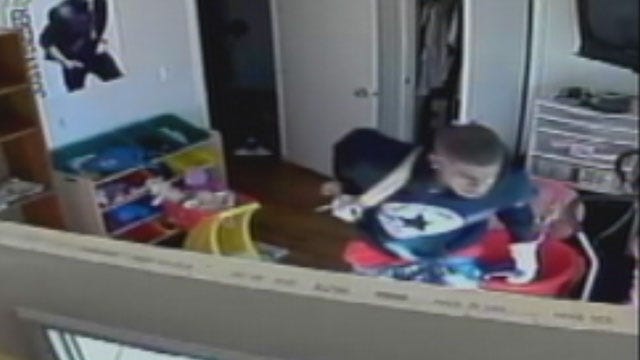 It is a scene right out of the Grinch's playbook. Thieves destroy a family's Christmas tree and open all their presents, looking for what they can steal.

According to the family, the thieves stole about $5,000 worth of stuff. But what the suspects didn't count on or seem to notice was several surveillance cameras the homeowners installed just three weeks prior.

Camera's outside the home show the suspects casing the house for hours before going around back and busting in through the backdoor.

The thieves then go through the house stealing electronics, video game systems, a gun and anything worth value. They even callously throw the family Christmas Tree aside so they can open presents for more to steal.

The suspects even are seemly scared off at one point but then come back for a laptop they left behind. Casey's husband and six-year-old daughter would find the aftermath hours later.

"Walked in the door and realized everything was destroyed," said Casey Graham.

Casey and her husband went straight to the videotape that shows clear pictures of the suspects.

The Graham's have since posted those pictures all over Facebook hoping that someone will recognize the suspects and turn them in.

"I don't expect to get my stuff back, but at least stop them from doing it to someone else," said Graham.

It appears on the video the suspects were driving a Blue Pontiac G6. 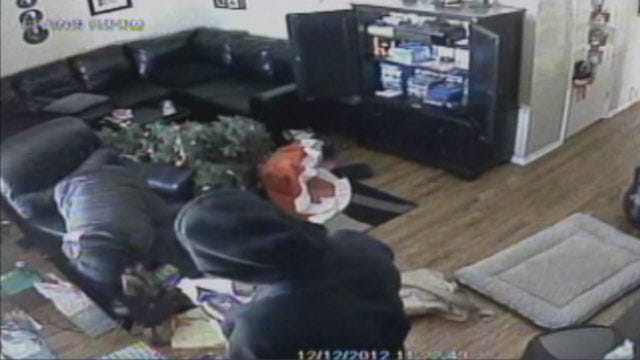