Lauren Nelson Getting Ready To Have Her Baby 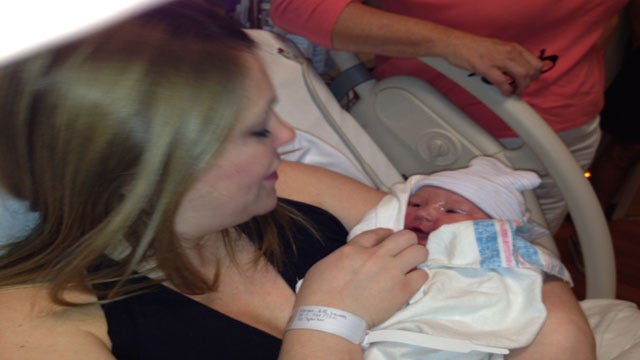 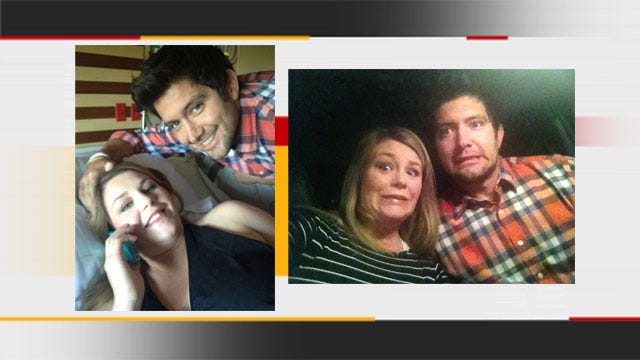 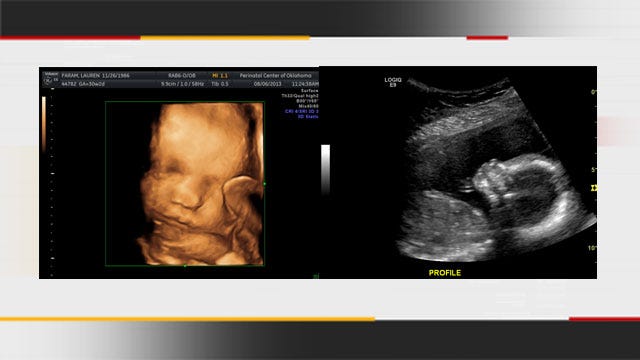 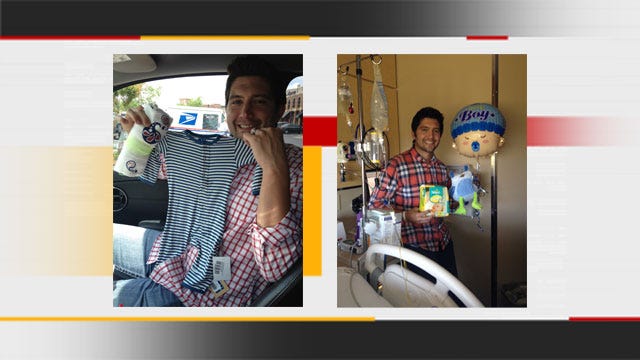 "Sons are indeed a heritage from the Lord, children, a reward." Psalm 127:3

UPDATE:  Lauren and her husband, Randy, went to the hospital at 5:30 a.m. Tuesday morning.  Tuesday night, Lauren had a safe delivery and welcomed Baby Mason to the world. He was 7 pounds and 6 ounces and 21 inches long. Both mom and baby are doing great.

Welcome to my blog! I know some of you have been following the updates we have been doing on the four o' clock show, but I wanted to start this blog to give you a little inside look at what life has been like throughout this pregnancy. But first, let's go back to the beginning…

My husband, Randy, and I will have been married for four years on October 24th. We always said after we had been married for three years we would talk about starting a family. This time last year we had the talk, decided we were ready and got pregnant shortly after the beginning of the year.

I've always wanted to be a mom and have so looked forward to this time in our life. My prayer throughout this process has been that we would have a healthy pregnancy and baby. Both Randy and I said we didn't have a preference on the sex of the baby as long as he or she was healthy. Randy thought we would have a boy because everyone we know had been having girls and for some reason I just knew we were going to have a girl. I was wrong!

One of the sweetest moments was when we found out we were going to have a son. I teared up because A. I'm a crier and B. pregnant girls are emotional. But my sweet husband had tears in his eyes when he found out our baby was a son. After the ultrasound we went to grab a quick breakfast and Randy prayed over our son, asking that Mason would be healthy and strong, but even more importantly, that he would grow to love and serve God. I'm crying just remembering this precious moment!

At about 29 weeks we went to labor and delivery for a little scare. Turns out, what we went in for was nothing, but the nurses found that I was having way too many contractions and I didn't even know it. I followed up with an appointment with a specialist and she suggested limited bed rest. Now the idea of bed rest was a little tough for me. First of all, I just didn't anticipate this being the way my pregnancy would go. Obviously, no pregnancy is the same, but bed rest was not on my list of characteristics that described the ideal pregnancy. The contractions have continued and so has the bed rest. Looking back on it now, bed rest has been a blessing because it allowed me to rest. Everyone keeps telling me this is the last time we will get rest for the next 18 years!

Almost two weeks ago we had our last ultrasound. Before Mason's arrival. Mason measured seven pounds 13 ounces…that's more than I weighed when I was born! I think the doctor was trying to assuage my fears when she said that the measurements could be off up to a pound in either direction. All I could do was pray that he actually weighed six pounds 13 ounces instead of almost nine pounds! Because he is measuring so big, my doctor has decided to induce us Monday, October 7th unless Mason comes before then. It's crazy to think we will meet our son some time in the next week!

Now that we are on the downhill stretch of our pregnancy and meeting our son is in sight, I can look back on this pregnancy and say that even though it hasn't been what I expected, it has been such a sweet time. Toward the end I think every expectant mother gets a little impatient, but a friend reminded me the other day that I will never have this day with Mason again. My prayer for my son every day is that he would come to know the Lord in a very real and personal way at a young age and that he would spend his life loving and serving God. My prayer for Randy and me is that God would show us how to raise our son to be a strong, godly man. So here's to the last week of pregnancy! WooHoo!

News On 6 A woman is in jail after Tulsa Police said she left 100 grams of meth and $12,000 in cash in her motel room.
View More Stories

Chinh Doan The head of the Tulsa Health Department said he’s getting threatening messages to the point that he has turned to police.
View More Stories