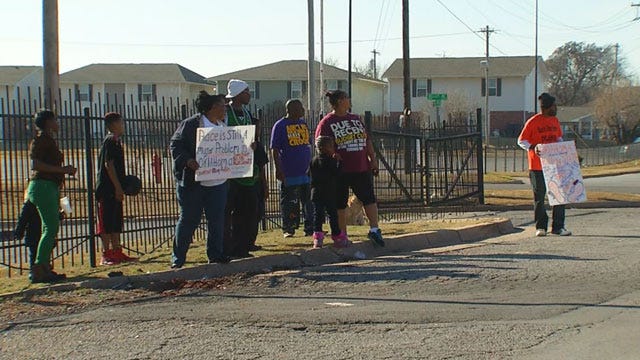 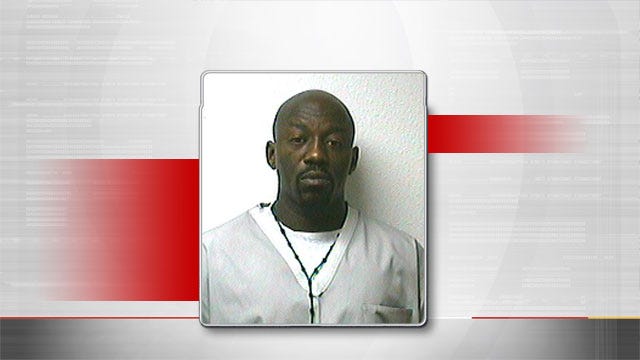 Friends and neighbors are speaking out after a deadly officer-involved shooting in northeast Oklahoma City.

Police say officers shot and killed 39-year-old Jerry Nowlin after he pulled a gun on them during a foot chase. But some witnesses are claiming they did not see a gun and that he had his hands up.

Police confirmed they have been interviewing people at headquarters all day to determine who witnessed what, and to determine who's telling the truth. Meanwhile back at the apartments where the shooting happened, friends and family gathered for a memorial and a protest.

Dozens of people gathered along NE 26th St. to support the family of Jerry Nowlin and to voice their discontent with what happened.

“He was a family man. He just got married, had kids,” said friend, Derrick Parker.

“We [were] like blood brothers. We grew up together,” said Parker.

12/8/2014 Related Story: ME: Victim In NE OKC Officer-Involved Shooting Died By Gunshot Wound To The Head

Parker said he, like Nowlin, just got released from prison after serving 18 years. He said he used to be part of a gang, but claimed he and Nowlin were trying to turn their lives around.

But police said on Sunday night during an attempted traffic stop, Nowlin refused to pull over, and then took off running inside the Heritage Pointe Apartment complex.

”He did produce a weapon. He did point it at the officers and that's why the officers discharged their weapons at him,” said Oklahoma City Police Capt. Paco Balerrama.

And it turns out Nowlin had spent time in prison for assault and battery of a police officer and attempting to elude police. Police said they not only found a gun on him, but cocaine as well.

“Well I see him every day at the store, over there with the kids that get off the school bus, and he would buy each and every one of them something at that store over there,” said neighbor, Delois Willis.

Willis lives across the street and said, despite Nowlin's criminal past, she felt he was an asset to this small northeast OKC community.

“He made sure each and every one of these kids had a backpack,” Willis told News 9.

“He will be missed. He was loved and he will always be in our heart,” Parker said.

Both officers involved have been placed on routine administrative leave.