Frigid Cold Temperatures To Stick Around For Oklahoma 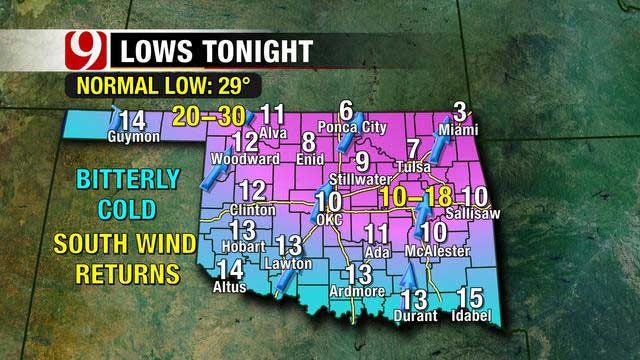 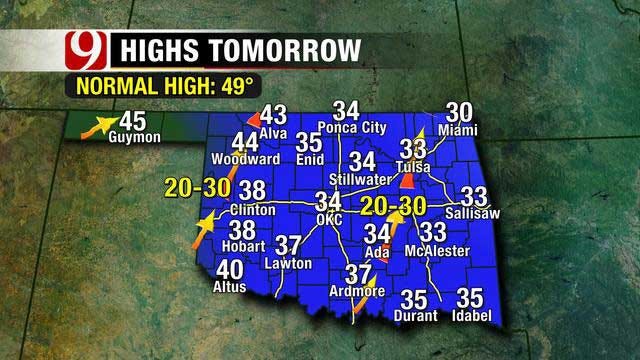 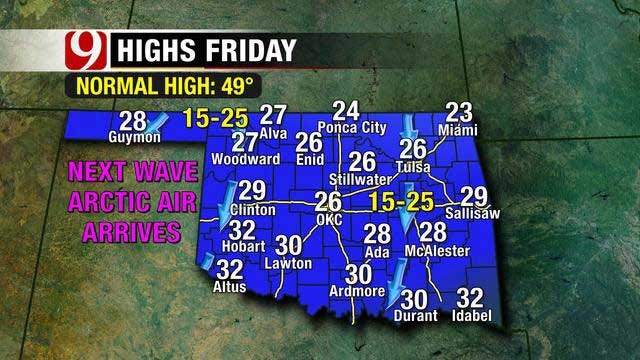 After only seeing temperatures in the upper teens to low 20s, by Wednesday afternoon wind chills were in the single digits.

Winds will thankfully relax to less than 10 mph late Wednesday evening and overnight. This along with clear skies and dry will set the stage for some of the coldest temperatures that Oklahoma has seen since last March.

Overnight there will be lows across the state from single digits, to the low teens down by the Red river.

Thursday, there will be plenty of sunshine and more wind, as winds switch to the south and become gusty 15-30mph. High temperatures will climb into the 30s after those frigid morning lows.

The temperature expected Thursday is still some 10-15° below normal for this time of the year.

Another cold front blasts through the area Thursday night with plenty of north winds that will last through Friday. Highs under plenty of sunshine will only reach into the middle to upper 20s.

Some clouds and warmer temperatures into the 30s & 40s are expected for the weekend as south winds return.

This will be ahead the next storm system that could bring a light mix of wintry precipitation and maybe some snow by early next week.

A very January like forecast over the next 9 days so get used to it.

Frigid Cold Temperatures To Stick Around For Oklahoma