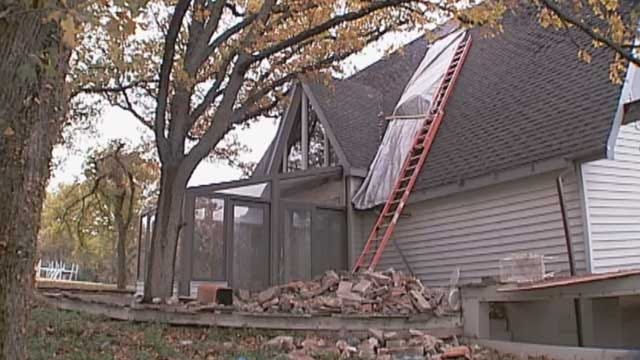 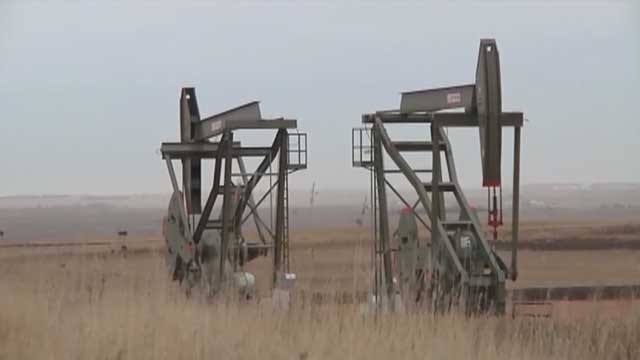 Four years after the largest recorded earthquake in Oklahoma history, the state Supreme Court will consider hearing a Prague woman's lawsuit against energy companies. The courts will decide whether two oil companies were responsible for the 2011 earthquake in Prague.

Fierce pain in her right knee is a constant reminder for Prague grandmother Sandra Ladra of the 5.6 magnitude earthquake that hit her home on Nov. 5, 2011 and drastically changed her life when a huge rock from her chimney fell on her leg.

"There's not a day that goes by that I don't have some type of trouble with it," said Ladra, who may need a knee replacement. "It was a long time before we could come back home, and to this day, I still don't feel safe in my house."

Ladra's family has had to do massive repairs on her home after the earthquake caused all the pipes to burst and left immense cracks and damage.

"It was just like an explosion or something, the rocks and the cement from the fireplace were hitting the fireplace so hard it was like a white fog in here everything was falling off the walls.”

Ladra's attorneys believe that 2011 quake was caused by oil and gas companies, so she is suing New Dominion and Spess Oil claiming the companies operated wastewater disposal wells that triggered the earthquake.

Local attorneys David Slane says it will be a tough case to prove before the Oklahoma Supreme Court.

“It will be a battle of the experts, and ultimately, it will be up to 12 citizens to decide whether these earthquakes are caused by oil companies or rather they're just natural,” Slane said.

There are discrepancies between findings from the U.S. Geological Survey versus the Oklahoma Geological Survey on what could've caused the quake. The OGS reports the cause of the 2011 quake was natural. Now, it will be up to the courts to decide.

"I don't think anyone expected a little old lady from Prague, Oklahoma, who a rock fell on her knee to be the one to take on the big oil industry," Slane said.

Ladra's lawsuit states she wants personal injury damages in an amount that will “punish the energy companies for their reckless disregard for public safety and deter them from such conduct in the future.”