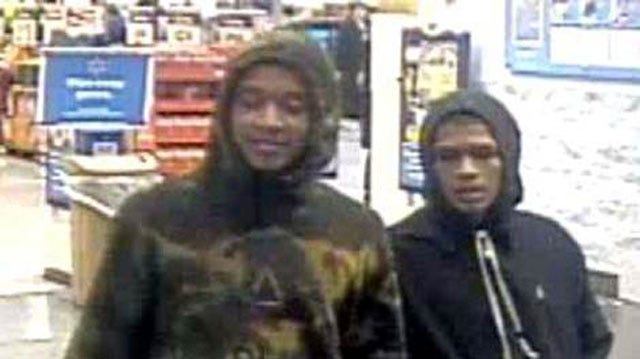 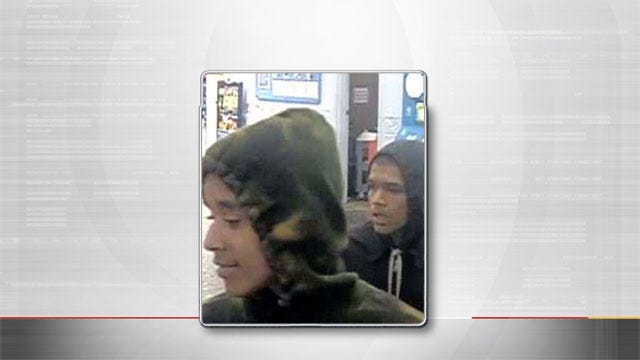 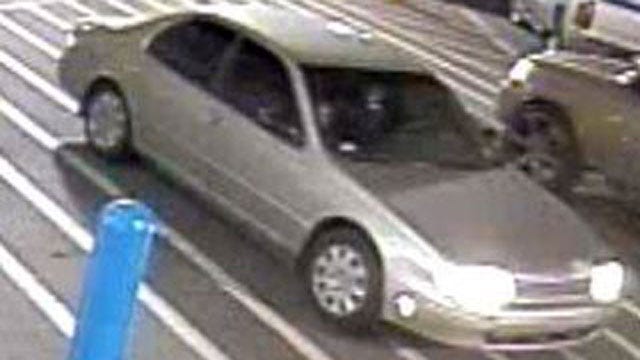 Police arrested two suspects who they say tried to run off with a woman's purse while she was shopping at a grocery store in southwest Oklahoma City.

Surveillance footage captured images of the two suspects police believe are responsible for the crime. They say the two attempted to grab the woman's purse inside of the Wal-Mart Supercenter near Interstate 240 and S. Santa Fe. Ave.

The woman refused to let go of the purse and the two dragged her down several aisles during the struggle. In the end the woman held on and the suspects were last seen fleeing from the store in a silver or gold colored Nissan Altima.

Friday, police confirmed they have arrested 18-year-old Darvis Arnett Jr. and a 17-year-old boy in connection to the case.

Arnett was booked into the Oklahoma County Jail on robbery charges for not only the attempted purse theft incident on the 19th, but also for robbing a girl in the parking lot of Wal-Mart at I-40 and MacArthur, on the evening of the 18th.

The 17-year-old was booked into the juvenile detention facility on robbery and drug related complaints.