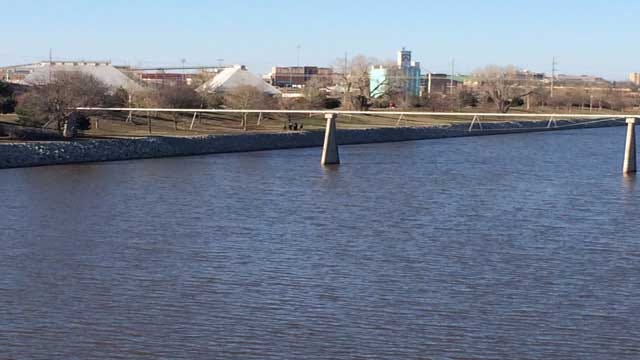 Skip Ashworth veered off the walking trail near the Oklahoma River to get a better view of the ducks in the area.

The scenery changed instantly when he noticed something else in the water.

Ashworth said a person was face down in the river not far from the Chesapeake Boathouse.

"At first I thought maybe he was in the water looking down, so I threw a rock to make sure," he said.

Within minutes, more than a dozen officers were on the scene.

Homicide detectives were also called out to investigate, but said it was too early to tell if foul play was involved.

"I'm kind of the curious, at someone else's expense, how the poor guy ended up there," said Ashworth.

Dive teams were deployed to recover the body. It's unclear how long the body had been in the river.

The medical examiner will now work to identify the body and determine how the person died.

"I did my civic duty," Ashworth said about the discovery, " that is somebody's son, somebody's maybe father, or brother and the sooner you can find them the better chance they have to find out went wrong."

??Stay with News 9 and News9.com for more on this story when information become available.