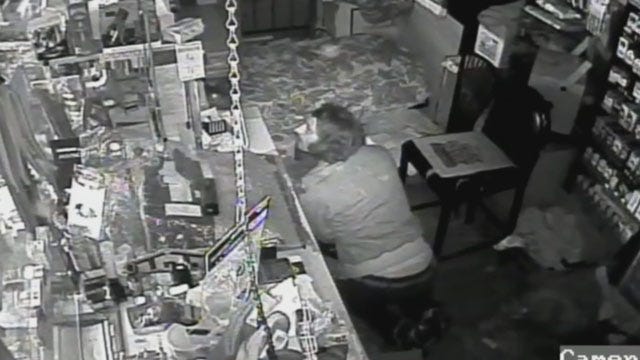 Police have released surveillance video of a burglar crawling around the floor of a store.

It appears as though the burglar tried unsuccessfully to dodge the cameras inside the Z&M Quick Stop on March 23.

The owner, Hossain Mussadek, said the man crawled through the office space of the store stealing cigarettes, lighters and lottery tickets.

Mussadek turned the surveillance video over to Oklahoma City Police. He told investigators all of the store's lottery tickets were gone, but he was not sure the exact number of tickets stolen.

Mussadek believes the burglar cut a hole in the wall from a neighboring business and escaped the same way he came in.

"I think it's too bad because a lot of things [sic] they are taking," Mussadek said. “Now business is not too good."

He also reported the theft to the Oklahoma Lottery Commission and is hopeful it will be able to assist police in tracking him down.