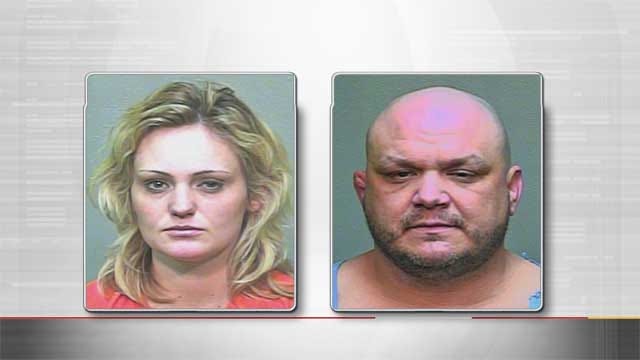 The owner of a southeast Oklahoma City auto repair shop said he hopes prosecutors throw the book at a couple of alleged suspects who he said stole his personal pickup truck right in front of him a few weeks ago.

Court documents alleged 37-year-old Jim Bob Queen and 24-year-old Megan Rogers drove a Camaro up to “Kim's Auto Clinic” on the afternoon of March 19. Shop owner Scott Kimbrough said Rogers tried to distract him by saying she needed to use the restroom. He said Queen then hot-wired Kimbrough's Ford pickup truck and sped away.

Kimbrough said his son Chad chased Queen for seven miles, until Queen wrecked the truck and ran away. “You know everybody says it's all the dope and everything, and if that's the case man, they got a real problem, he's willing to take that chance, he could have easily been shot.”

Oklahoma City Police Spokesperson Sgt. Jennifer Wardlow said police were able to round up both suspects within a few days, with the help of Scott Kimbrough.

Kimbrough knows Megan Rogers' family. He said he called them to let them know she not only had just helped steal his truck, but Rogers did it with a man who was not her boyfriend. “You know you don't think anybody's that stupid,” Kimbrough said Tuesday afternoon.