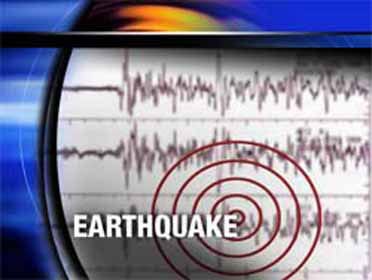 BEICHUAN, China  -- Thousands of Chinese earthquake victims and rescuers are fleeing areas near the epicenter over fears of floods from a river blocked by landslides.

The stampede of thousands of people on Saturday afternoon came as Chinese officials said the official death toll from the earthquake had risen to 28,881 people with 198,347 injured.

Officials, worried that one or both of the lakes could burst, forced the evacuation of 10 villages and townships downriver, he said.

About 30,000 people live downstream, not including the many rescuers and others who were in the area because of the quake relief effort, he said.

Journalist Diego Laje, one of those ordered to evacuate, said a stampede of thousands of people began as military officers warned them to leave a low-lying area near the river.

Chinese government experts were considering blasting holes to allow controlled releases of the water, which was quickly rising, the official said.

Elsewhere in Sichuan province, rescuers continued to search for more survivors, buoyed by news of the rescue of two men more than 110 hours after the quake.

Xinhua also reported that soldiers dug out a 52-year-old man who was buried in ruins for 117 hours.

Xinhua said Saturday that the man had been buried under a collapsed building in Beichuan, not far from the epicenter of Monday's earthquake.

A German Foreign Ministry official said that country's government had no information about the German man or the rescue. The Xinhua report said more than 20 Chinese soldiers helped rescue the tourist Saturday morning.

The man was rushed to the medical center at the Wenchuan disaster relief headquarters, but his condition was not immediately clear, Xinhua reported.

The discovery of the tourist added urgency to China's massive rescue operations.

"Saving lives is still the top priority," Chinese President Hu Jintao said Friday, as he arrived in the quake zone. Hu described the current situation as "the most crucial phase" of the rescue effort. "We must race against time to overcome all difficulties."

At least 12,300 people remain buried in the debris of the ruins of at least 436,000 properties, officials say. More than 4.8 million are homeless.

The Chinese Embassy in Washington's estimate of the number still buried is less than half of the more than 25,000 reported Thursday by state-run news agency Xinhua. Official reports and Xinhua's numbers have often differed, reflecting the chaotic situation in the days after the earthquake hit.

Most of the victims died in Sichuan province, the embassy spokesman said, quoting provincial officials. At least 500 people died elsewhere. One of the victims was a German citizen, Wang said.

China's State Council says the number of deaths could top 50,000.

Yet hope still emerged from amid the horror of the nation's worst disaster in recent years, with survivors pulled from the rubble four days after being buried in the rubble.

Rescuers pulled a student from the debris of Beichuan Middle School, 80 hours after the quake collapsed the building, Xinhua reported.

Two more people were saved after being buried for 95 hours, the agency added.

Rescuers said they could hear a weak yell for help from under the building's rubble and are "expecting more miracles," according to state-run media.

Hu flew to Mianyang in the hard-hit Sichuan province, which has become a massive refugee camp for survivors, China's Xinhua news agency reported.

"The challenge is still daunting, the task is still arduous and the time pressing," Hu said.

Thousands of people who were uprooted around the region have taken shelter at the city's main sports gym and other facilities. Reports say 7,395 people have died and 18,645 are trapped in debris in the city.

Xinhua reported 135,000 Chinese troops and medics are involved in the rescue effort across 58 counties and cities.

The scope of the operation is such that Beijing has allocated until now nearly $5 billion for the rescue relief fund.

Search-and-rescue help is also coming from outside the country. A team from Japan entered Sichuan province early Friday, Xinhua reported. Rescuers from Russia, South Korea and Singapore were expected to arrive soon.

This weekend, the United States will send into China two U.S. Air Force C-17's carrying supplies, which include tents and generators. The U.S. offer of assistance is open-ended and the flights could be followed by others, State Department spokesman Sean McCormack told reporters on Friday.

Earlier, the United States pledged $500,000 to help China in its quake relief efforts and that money has been delivered by the U.S. Red Cross.

Saudi Arabia, the United Kingdom, Germany, Vietnam and Poland were among the countries providing humanitarian assistance, according to Xinhua.

Meanwhile, Louis Michel, Development Aid Commissioner to the EU, has said it will give initial emergency aid of $3.1 million to cover supplies including food and blankets, The Associated Press has reported, to demonstrate solidarity with China.

Associated Press What’s The Next Step For For The President's Supreme Court Pick?
View More Stories