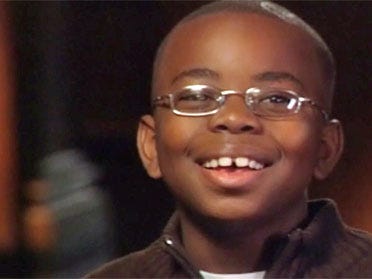 OKLAHOMA CITY -- After pleading for tickets, an Oklahoma 5th grader was able to witness history as Barack Obama was sworn in as the nation's next president.

This Oklahoman has promised family and friends that he will document his historic trip.

"Everybody is telling me to take pictures. And I was like ‘Ok, ok, ok, ok, I'm not going to D.C. without taking pictures," Avery Jordan said.

Avery's historic trip will air nationwide. His trip to the inauguration will be part of the CBS special airing Tuesday at 8 p.m. on NEWS 9. Watch the featured video to see his interview with CBS.